Trump Just TEAMED Up With Peyton Manning – For STUNNING Reason!

Peyton Manning has not been afraid to stand up for what he believes is right in the past. In fact, it turns out he has been involved in politics for quite some time. The last few elections, he has made pretty obvious stands on his political leanings and desire to elect presidential nominees.

Now the famous retired NFL quarterback Peyton Manning is set to make an appearance at a retreat for Republican members of Congress in Philadelphia this week, Politico reported Tuesday.

He will be there along with President Donald Trump and Vice President Mike Pence.

The praise for Manning is pouring in and there are rumors he is planning his own jump into the political arena.

“Great personality, very well-liked, high integrity. He would be a formidable candidate if he was interested in running for office,” WTHR-TV Republican political analyst Jennifer Hallowell said.

The Indianapolis news station asked locals for their opinions on Manning possibly entering the world of politics.

“He exemplifies characteristics we want in politicians. Strategic, hard worker, dedicated, committed, loyal. We would be thrilled to have someone run for office like that in our state or any state,” Allison Barber said.

“Not yet. Not until his policies come out, I won’t have any problem with it. Until then, let’s go Peyton,” Nick Eberhart said. 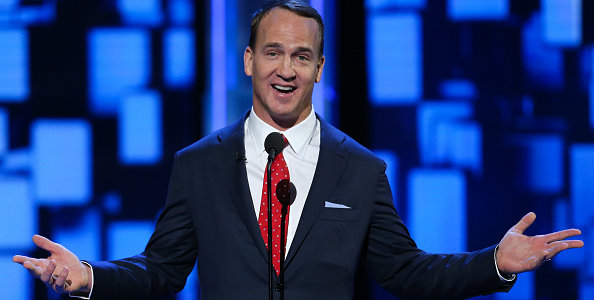