Trump Is Looking To Make European Union History With His New Administration! [VIDEO]

President Trump’s Cabinet[1] is unlike any other I have ever seen. Case in point, Trump’s European Union Ambassador, Ted Malloch. He despises the European Union and relishes putting himself out of a job by helping it fall. He did the same thing with the Soviet Union, so he has the bona fides to back up his rhetoric. I’ve never heard a diplomat who is this starkly blunt and I love it. He’s outwardly threatening to help bring down the EU… I wish him the best of luck with that. Sincerely.

I detect the not-so-gentle influence of Nigel Farage here and it is glorious. When Malloch was asked about Juncker, the President of the EU Commission, Malloch replied that Juncker had been an adequate mayor of some city in Luxembourg and he should go back and do that again. Ouch. That’s hysterical and exactly what should have been said. I think I am falling in love with President Trump’s Cabinet. 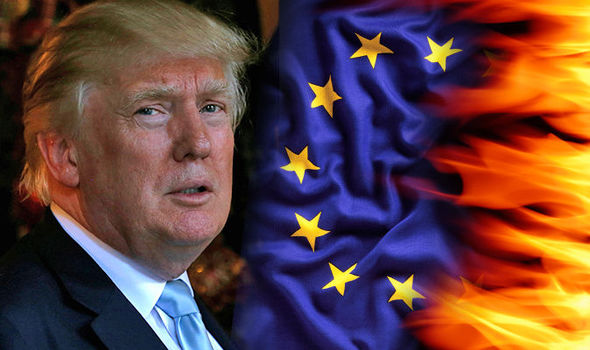 The more I see of the Donald Trump administration, the more I like its style.

Here’s a perfect example – in which Trump’s prospective new Ambassador to the European Union, Ted Malloch, tells it like it is in an interview with Andrew Neil on the BBC’s Daily Politics show.

Neil asked Malloch why on earth he’d want to be Ambassador to the EU.

AN: I mean you’re clearly not a great fan of Brussels or these bureaucrats like Juncker.

TM: Well, I had in a previous year a diplomatic post where I helped to bring down the Soviet Union, so maybe there’s another union that needs a little taming.

Later, Neil asked Malloch what he thought of the President of the EU Commission.

AN: What do you think of Mr Juncker?

TM: Well Mr Juncker was a very adequate mayor of some city in Luxembourg and maybe he should go back and do that again.

Neil laughed like a man who couldn’t believe his luck. Politicians are hardly ever this frank on TV politics shows. Diplomats even less so because supposedly it’s their job to be discreet, smooth things over, not ruffle feathers. As for the EU – no one of influence, with the exception of Nigel Farage, has ever talked about it so disparagingly on television.

President Trump does not like the European Union and his choice of Ambassador bears that out. Ted Malloch: “He doesn’t like an organisation that is supranational, that is unelected where the bureaucrats run amok and that is not frankly a proper democracy.” That’s pretty darn straightforward. I supported Brexit wholeheartedly and the pace at which the Trump presidency is charging forward is exhilarating. I fully expect the EU to come spinning apart at some point and if we can help that process move forward, then good deal.

The European Union was created by the powers-that-be and that included the US under Bill Clinton. He saw the EU as a way of keeping Europe at peace by controlling France and Germany. Britain was to be a buffer. Britain has had enough and is freeing herself from the globalist clutches of Marxists. Ever since the EU formed, our presidents have supported it. Until now… those days are over and good riddance. The US may play a significant part in the death of the EU. I’m good with that. 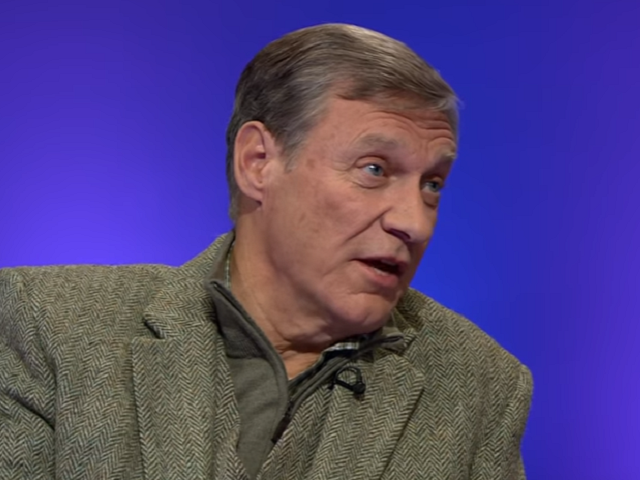 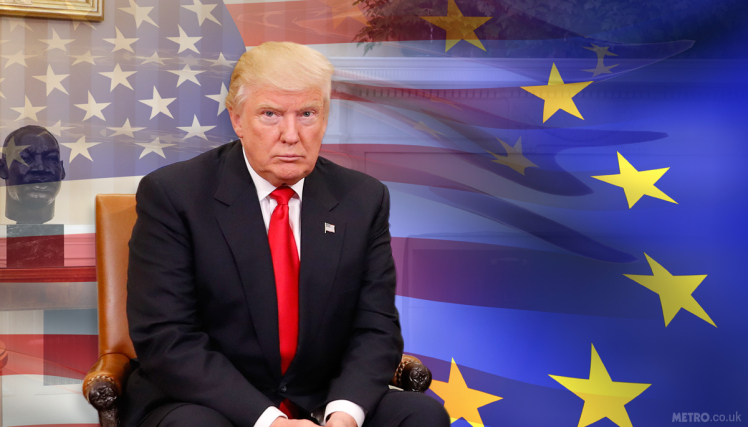