Trump Makes A VOW With American Tax Payers – “The Finances Of Our Country Are A MESS!” [VIDEO]

Donald Trump is due to give his first budget presentation in about a month and he’s giving Americans a taste of what they can expect. Wednesday, he announced that he is going to be waging a war — a war on government waste[1]. 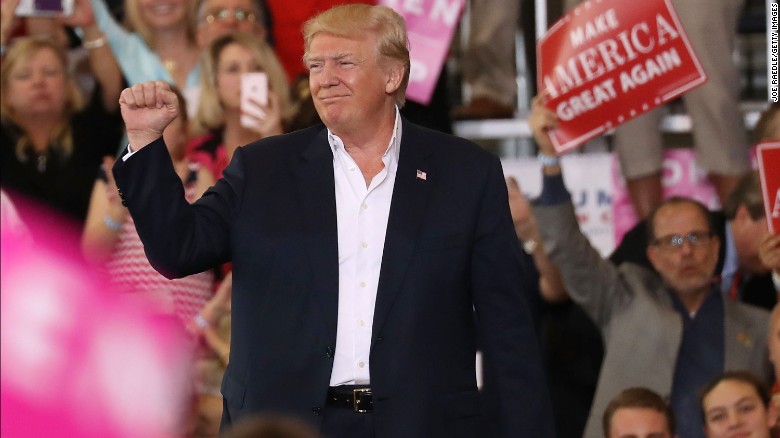 “I want the American people to know that our budget will reflect their priorities. We’ll be directing all of our departments and agencies to protect every last American and every last tax dollar. No more wasted money,” Trump announced in a federal budget meeting. “We’re going to run government smoothly, efficiently and on behalf of the very hard-working taxpayers — something that the taxpayers haven’t seen in a long time.”

“The finances of our country are a mess, but we’re going to clean them up,” he continued. “We won’t let your money be wasted anymore. We must do a lot more with less.”

The current federal stopgap budget for this fiscal year ends on April 28th and Trump will announce his plans for the next fiscal year’s budget in March. He says that he has already been preparing.

“We’ve already imposed hiring freezes on nonessential government workers, and part of our commitment is to continue to do that for the American taxpayer. We have appointed a Cabinet that knows how to manage dollars wisely. I’ve known many of the folks for a long time. They’ve been tremendous winners,” he said. “And that’s why I will direct them to manage the country’s dollars and your dollars very wisely.”

Trump does want to increase military spending, but he also wants to tackle the deficit, which ballooned out of control under Barack Obama. “We have enormous work to do as the national debt doubled over the last eight years,” Trump explained. “I’ve only been here for four weeks, so I can’t take too much of the blame for what’s happened. But it is absolutely out of control.” According to Trump, the federal government has “a moral duty to the taxpayer requires us to make our government leaner and more accountable.”

Cuts are expected to come at the National Endowment for the Arts, the Corporation for Public Broadcasting, the Energy and Commerce Departments, and the Environmental Protection Agency. Liberals are furious, but conservatives are cheering the idea of a smaller government.

Do you support Trump’s plan for the budget?