Trump may pay legal fees of supporter who punched a protester

Donald Trump is “looking into” paying the legal fees of a supporter[1] who sucker punched a protester. I believe his “looking into” part is a play to get more press, but I don’t doubt that he will pay if it’s not too much. I don’t think supporting violence is a good idea, but I suppose if it nets him a few votes, then that’s what he has to do. 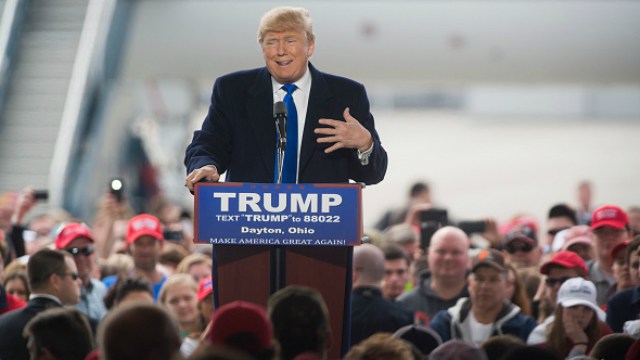 “I’m going to look at it. I’m going to see, you know, what was behind this, because it was a strange event. But from what I heard, there was a lot of taunting and a certain finger was placed in the air. Not nice,” he said on NBC’s “Meet the Press” on Sunday.

“I’ve actually instructed my people to look into it, yes,” he responded when asked if it is possible Trump could help the man with his legal fees.

Trump should be very careful with this support of a violent supporter and consider if it will cause him to lose votes for supporting violence, or gain votes for having his people’s backs.