Trump To Mitch McConnell: If You Can’t Pass Legislative Agenda Then Step Aside!

#DitchMitch should be the new battle cry.[1] He should have been gone long ago. What a disaster he is for conservatives. Progressive Republicans love this corruptocrat, but no one else does. Except maybe the Democrats. Trump is now demanding that Mitch McConnell actually do his job as Senate Majority Leader. This follows after McConnell gave a speech saying the President has unrealistic expectations in politics. No, he simply expects McConnell to do what he was empowered to do, not make excuses and weasel out of his responsibilities.

McConnell did get Gorsuch through. But that was a foregone conclusion. McConnell doesn’t want Obamacare to go away. His wife used to be and probably still is connected to big insurance companies. He wants to see them profit. I’d call that a conflict of interest. He’s also a liar. I will never ever forget the way he treated Ted Cruz. He’s had far too much power for far too long and needs to go and stay gone. 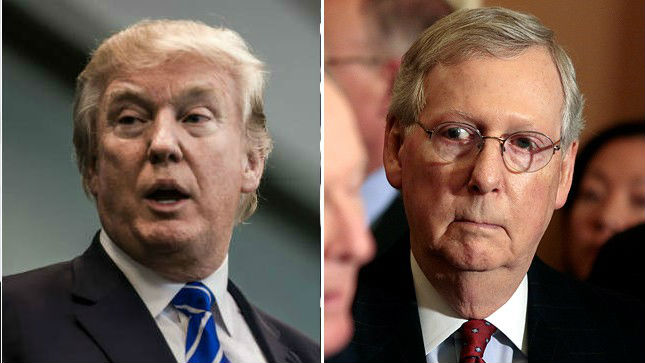 Trump was asked if McConnell might have to think about stepping aside if he doesn’t deliver on the president’s agenda of health care, taxes and infrastructure. The president says that if McConnell can’t make progress on those issues, “then you can ask me that question.”

Trump also says he is “very disappointed in Mitch” but would be the first to praise him if legislation begins moving.

The president was speaking to reporters in Bedminster, New Jersey, where he is in the midst of a 17-day break from Washington.

There was no immediate response from McConnell’s office.

McConnell had one job this go around… repeal Obamacare. He failed miserably at it. He will probably also fail at getting taxes cut. It’s not in his own personal best interests to do so and that’s what it all boils down to with this selfish asshat. I don’t blame President Trump for getting fed up with him. I just wish it had been much sooner.

If McConnell can’t get Trump’s agenda passed, then he needs to be fired for incompetence. The infrastructure issue is the easiest of the three and the one I personally like the least. I would say if the tax issue doesn’t move with lightning speed and Obamacare doesn’t get repealed, he needs to resign. McConnell represents the GOP. He’s a crappy leader and deeply entrenched and corrupt. It’s time for new blood and new leadership. #DitchMitch 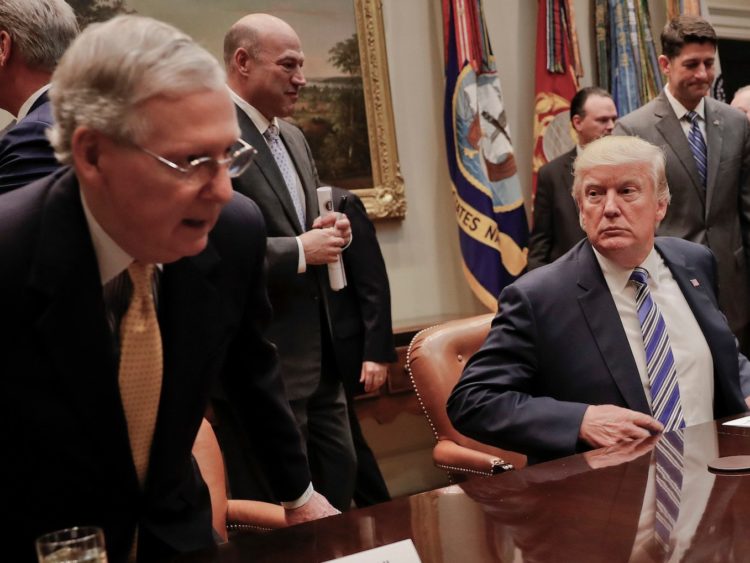