President Trump referred to ISIS[1] as ‘sneaky, dirty rats’ in his interview with Sean Hannity this week. I have much more descriptive terms for them, but I understand the use of sanitized descriptors for these monsters. Trump is correct that when we fought Germany and Japan, they wore uniforms and were easy to identify. With ISIS, you can only go by their religious beliefs and their military moves. This is where extreme vetting comes into play. And perhaps the cunning use of flags (see Eddie Izzard):

In all seriousness, President Trump is right… these are evil bastards. And evil always loses in the end… see General ‘Mad Dog’ Mattis. Trump also discussed enhanced interrogation techniques and torture. Personally, I’m all for them. I truly believe that there are times when it is the only thing that produces results, if you are going to get anything at all out of the enemy. The enemy has no moral dilemma about torturing us. War is hell and sometimes violence is required. I know that is shocking… the left can just deal with it. 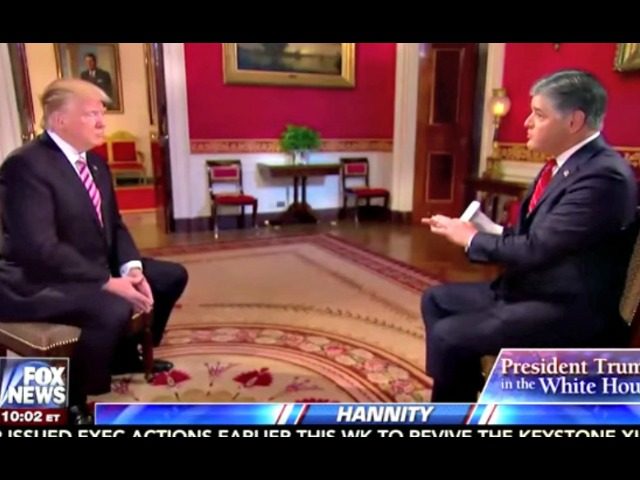 Trump also discussed the use of enhanced interrogation techniques, after Hannity argued opponents of waterboarding would endorse the technique if their own loved ones had been kidnapped by terrorists.

Trump said yesterday[4] that despite his feeling that torture works, he’s going to defer judgement on that to his Secretary of Defense, General Mattis, who openly disagrees with him. I find that surprising from Mattis, but we will see. I think Mattis is more of a ‘shoot first and screw the intel’ kind of guy. Trump is deferring to Mattis as he should here. He said Defense Secretary James Mattis “doesn’t intend to use it” and “I’m with him all the way.”

President Trump is also cultivating a close relationship with Egypt’s President Abdel Fattah al-Sisi, who has been extremely critical of radical Islam. “He went into a tough situation, and all I can say is, I like him,” Trump declared. As for Saudi Arabia, Trump suggested he was biting his tongue in the interests of maintaining a good relationship with the Kingdom, but he is not pleased with their past activities: “A lot of money is being spent from certain countries on radicalizing people. I don’t like that. I don’t like that.” Saudi Arabia is not our friend and they should be treated as an enemy as far as I’m concerned. Along with Iran, I blame them for 9/11. Trump will have to tread lightly there, but in the end he may find that you can’t really befriend Islamists. It always ends badly.