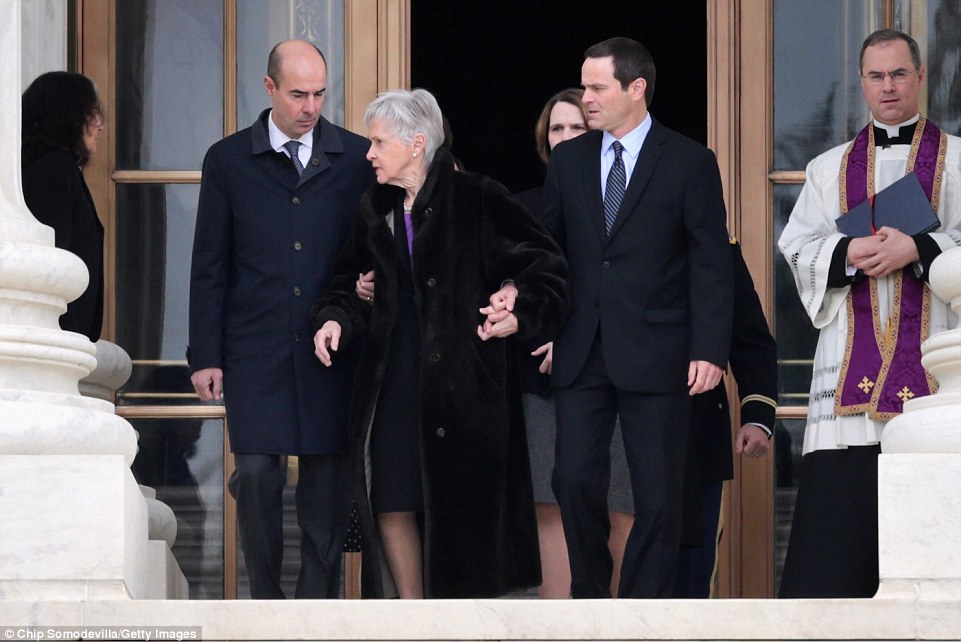 Antonin Gregory Scalia was a well known former member of the Supreme Court.[2] He was an incredibly respected and powerful force for good and conservative constitutional preservation. When he died in 2016, and while President Obama hoped to replace him with a more liberal Supreme Court Justice member, he was shot down over and over.

Now Donald Trump has officially announced who will fill the vacancy. But what he did while there, stood out to people everywhere.

He not only invited the wife of the late Antonin Gregory Scalia, but he also formally recognized her and asked her to stand. It was a powerful moment of reverence and respect.

“With us tonight is Maureen Scalia, a woman loved by her husband and deeply respected by all. I am so happy she is with us,” said Trump, who asked her to stand.

“Thank you, Maureen. She’s really the ultimate representative of the late great Justice Antonin Scalia, whose image and genius was in my mind throughout the decision-making process,” Trump said.

It was a tender moment for everyone as not only his sacrifice, but also her sacrifice, was recognized.

People everywhere are speaking out on Twitter about the appointment and about the way he recognized both Antonin Scalia and his wife. Both of which made great sacrifices for their country.

So beautifully touching that #AntoninScalia[4]'s widow was invited to witness this nomination. #Scalia[5] was truly a leader.