What Trump said about the election just triggered a leftist MELTDOWN

Donald Trump tweeted five times about the election and Russian hackers that caused a major leftist meltdown among liberals and Democrats. In particular, Hillary Clinton fans have lost their mind. I’m not sure they had a working brain anyway, but now they’re at a loss of words because they can’t believe what the President-elect just said about the Russians hacking the DNC servers and the election in general. 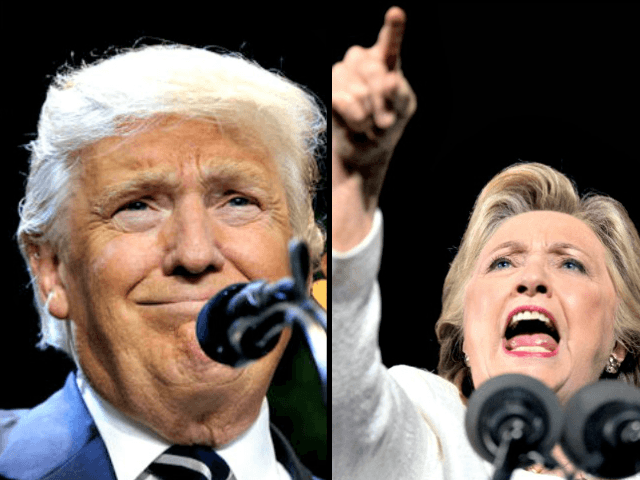 Breitbart[1] reports – President-elect Donald Trump posted a series of Tweets on Saturday morning about intelligence officials and the United States’ relationship with Russia. Trump first declared that intelligence officials say the interference didn’t impact the U.S. election results. He also criticized Democrats for discussing the hacking at the Democratic National Convention (DNC), saying they’re only doing so because the election loss was so big.

Here’s the Tweets that he posted: 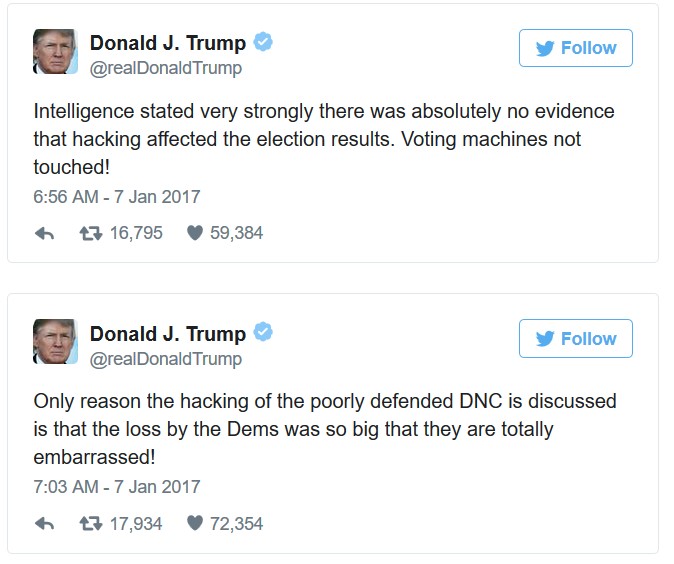 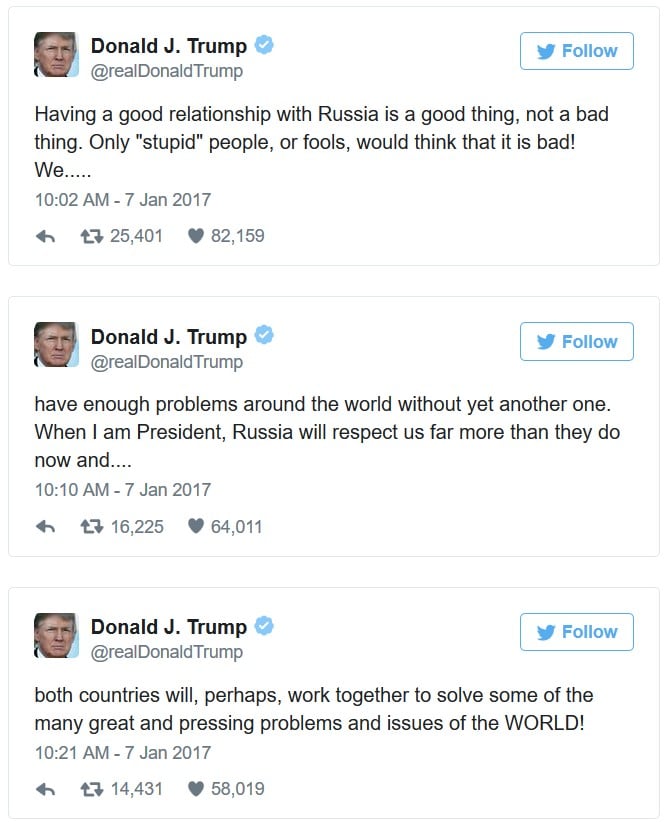 Trump is right. The hack, or not hack, did not affect the outcome of this election. There was no way in hell I was voting for Hillary. I don’t care if WikiLeaks told me something good about her. It didn’t matter. People like who they like and they dislike who they dislike. You can’t usually change people’s minds that often.

Other reports have stated that the FBI did NOT ever investigate the DNC servers[2], so there is no evidence that exists which points to the Russians or any hacking attempts at all.

No evidence of any hacks are available. It’s all speculation that comes with typical leftist losses. They lose, they get mad, they blame someone. It’s the only game-plan the liberals and Democrats ever had. They are lifelong losers instead of lifelong winners.

Donald Trump loves his Twitter like Obama enjoys his golf and Hawaiian trips. The big difference is that Donald Trump’s tweets don’t cost the taxpayers millions of dollars.

I think he needs to lay off the Twitter a bit. Maybe Trump can save his really good tweets for us, but skip the rest. It would be hilarious if our President had a Twitter account that was filled with hilarious one-liners. I really think some humor could bring the country together.

Although, you can’t force an entire political party to stop being miserable.

We can try, but the liberals and Democrats ultimately control their own happiness. Maybe one day they’ll come around to the good side of things.