Last week, President Trump announced that he would be giving awards to “THE MOST DISHONEST & CORRUPT MEDIA” of the year. They were supposed to be unveiled today at 5 pm. But there has been a schedule change to the much anticipated awards. They will now be given out on Wednesday, January 17th. Trump is citing the massive interest in the awards ceremony for the date change. He says interest it “is far greater than anyone could have anticipated.”

These awards will be given to reporters and news outlets that Trump deems are dishonest and promote “bad reporting.” That should be a hoot, although we know who won’t be given the award, Fox News. They have consistently been fair to the President. As for the other media outlets, it should be very entertaining to say the least. Subjects will cover Dishonesty & Bad Reporting in various categories from the Fake News Media. 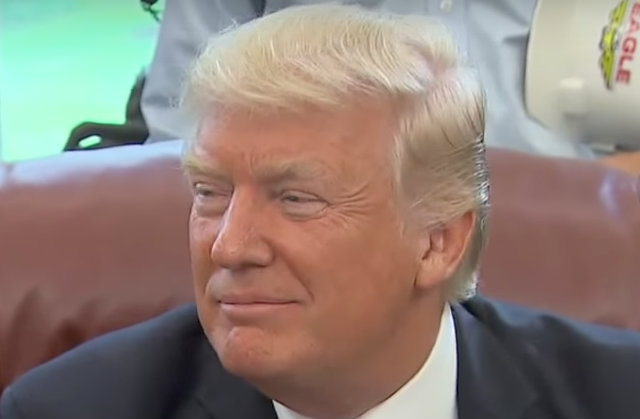 This is certainly not the first time the President has announced his plan to attack “fake news” by implementing some kind of mock “trophy” system for media outlets he doesn’t like. You can hardly blame him… they are definitely the enemy among us these days. In November, Trump tweeted, “We should have a contest as to which of the Networks, plus CNN and not including Fox, is the most dishonest, corrupt and/or distorted in its political coverage of your favorite President (me). They are all bad. Winner to receive the FAKE NEWS TROPHY!” I actually find this amusing.

Trump wants to make a spectacle of the awards “going to the most corrupt & biased of the Mainstream Media.” He’s a promoter and a showman, so this is right up his alley. There is no word on a nominees’ list or a full description of the awards as of yet. Trump has accused the mainstream media since the start of his 2016 presidential campaign of putting out false or completely misleading stories to tank his presidency.

As Fox News notes, with the “awards” pushed back more than a week, speculation over Trump’s picks is certain to grow even more. The President has given special scorn to The New York Times and The Washington Post, not to mention CNN and ABC News. And there is a very long list of other candidates as well. I hope he includes comedians and celebrities somewhere in all this, because they spout hateful propaganda non-stop. Perhaps the date move was to distance it from the Golden Globes that no one watched last night. Who knows? What I do know is it will be fun to see who gets what. It always is.

The Fake News Awards, those going to the most corrupt & biased of the Mainstream Media, will be presented to the losers on Wednesday, January 17th, rather than this coming Monday. The interest in, and importance of, these awards is far greater than anyone could have anticipated!

I will be announcing THE MOST DISHONEST & CORRUPT MEDIA AWARDS OF THE YEAR on Monday at 5:00 o’clock. Subjects will cover Dishonesty & Bad Reporting in various categories from the Fake News Media. Stay tuned!