Trump Silences Obama, Bush and Clinton With Just One Video

President Donald Trump fired up his Twitter account early Friday morning. The billionaire businessman reminded everyone that he will fulfill campaign promises, unlike his predecessors. 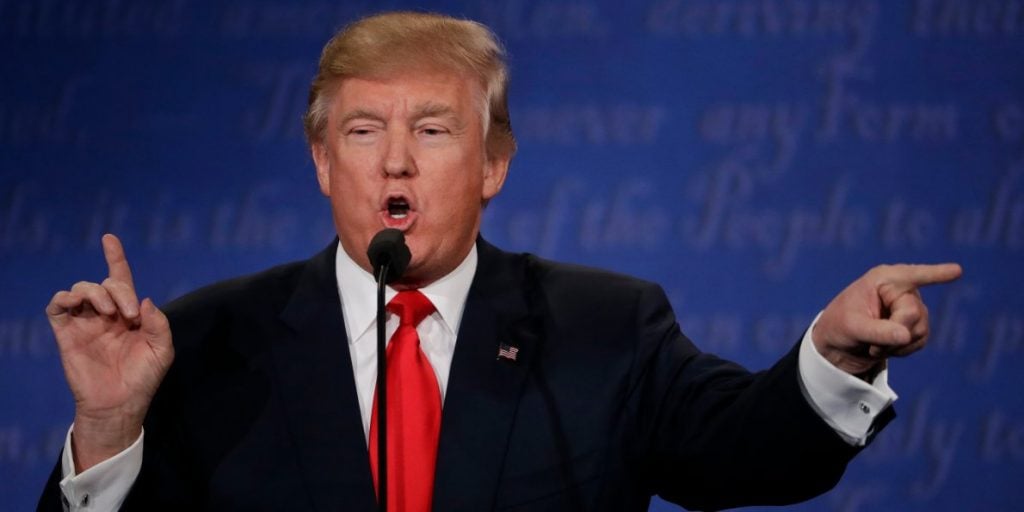 “I fulfilled my campaign promise – others didn’t!” Trump tweeted. He was referring to his announcement about moving the American embassy to Jerusalem from Tel Aviv. The decision also recognized Jerusalem as the capital of Israel.

I fulfilled my campaign promise – others didn’t! pic.twitter.com/bYdaOHmPVJ[2]

Trump put up a video montage of previous presidents and their failures to follow through with their campaign promises to recognize Jerusalem as the capital of Israel.

“Jerusalem is still the capital of Israel and must remain an undivided city accessible to all,” Bill Clinton said during his 1992 campaign. Slick Willy would lie about almost anything to get elected, so no surprises there.

“As soon as I take office I will begin the process of moving the United States ambassador to the city Israel has chosen as its capital,” George W. Bush said. No surprises there. The warmongering liar strikes again.

“I continue to say that Jerusalem will be the capital of Israel. And I have said that before and I will say it again,” Obama said in the first clip.

In the second clip, Obama echoed what he said in the first, “And Jerusalem must remain the capital of Israel and it must remain undivided.”

The Donald made a similar promise during his campaign during 2016.

“We will move the American embassy to the eternal capital of the Jewish people, Jerusalem,” Trump said at a 2016 campaign stop.

Trump delivered on his promise this last week.

“My announcement today marks the beginning of a new approach to conflict between Israel and the Palestinians,” Trump said Wednesday in an announcement. “While previous presidents have made this a major campaign promise, they failed to deliver. Today, I am delivering.”

“Today we finally acknowledge the obvious. That Jerusalem is Israel’s capital,” he stated. “This is nothing more or less than a recognition of reality. It is also the right thing to do. It is something that has to be done.”

It’s worth remembering amid the handwringing that recognizing Jerusalem as Israel’s capitol and moving our embassy there has been U.S. law for 22 years, reaffirmed recently. A succession of presidents has waived the law. https://t.co/xcGqktZle2[4]

The law has been in effect since 1995. The law allowed the current president to sign a 6-month delay. Every president since has signed the waiver to keep the change at bay. Do you agree with the president’s decision?