Trump Speaks Out On the Tearing Down of Confederate Statues: ‘Is George Washington Next?’

The racial division simmering in this country boiled over in Charlottesville, Virginia after white supremacists descended upon the small town, ostensibly to protest the removal of a statue of General Robert E. Lee. Counter-protesters showed up to challenge the white supremacists and one woman died. Now, other Confederate statues around the country are being torn down — and Donald Trump has something to say about that[1]. 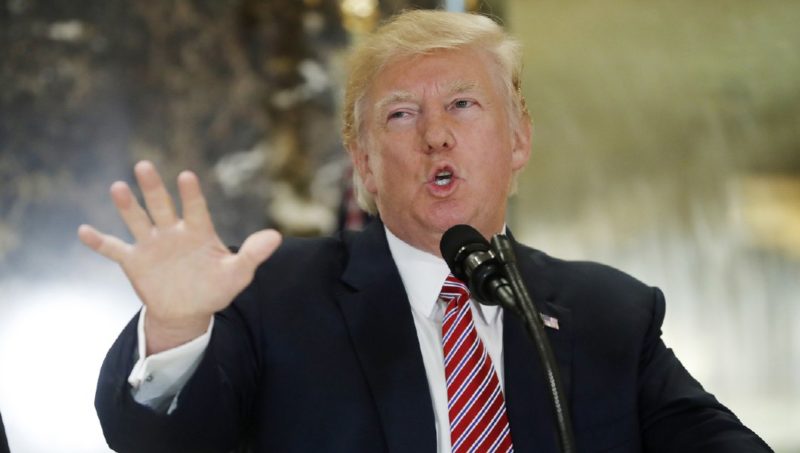 Yesterday, Trump gave a press conference at Trump Tower in New York City, where he asked if removing Confederate statues could have repercussions that people didn’t see coming. “Many of those people were there to protest the taking down of the statue of Robert E. Lee,” he said. “So this week it’s Robert E. Lee. I noticed that Stonewall Jackson is coming down. I wonder is it George Washington next week and is it, Thomas Jefferson, the week after? You know, you really do have to ask yourself where does it stop.”

Trump does bring up a decent point: where does it stop? Already, non-Confederate monuments and memorials have been targeted. Earlier this year, activists tried to remove a statue of St. Joan of Arc in New Orleans’ French Quarter. This week, other national monuments were vandalized — including the Lincoln Memorial.

Already, cities around the country are reacting to the Charlottesville violence by removing Confederate monuments. Baltimore, under the cover of night, removed numerous statues, which will be moved to a Confederate cemetery. A Confederate statue was destroyed in Durham, North Carolina. And Lexington, Kentucky is seemingly making plans to remove their Confederate monuments, as well.