Let’s address this[1], shall we? In the end, I may wind up voting for Trump simply to keep Hillary out. But I will never, ever have any use for Sarah Palin ever again. She has lied about Ted Cruz and slandered him relentlessly in order to protect Trump, who I suspect is paying her handsomely to do so. The full quote from Cruz is, “Donald does well with voters who have relatively low information, who are not that engaged and who are angry and they see him as an angry voice. Where we are beating him is when voters’ get more engaged and they get more informed.” Tell me how that is not true. If you look at the issues and you believe in the Constitution, that is exactly right. Trump’s supporters are running on anger and vengeance, not the issues. 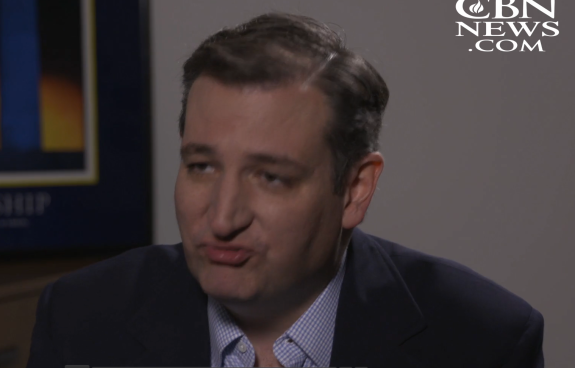 Sarah Palin, who is accusing Cruz of wanting more illegals while ignoring her boss’s push for H1-B Visas is beyond ironic. Nice hypocrisy you’ve got going there. The liar(s) in all this are Donald Trump and Sarah Palin. Sorry, but that is how I see it. Trump gave his supporters ‘permission’ to handle protesters violently… he said he would defend them. So, is it any wonder that a 78 year-old man punched a young black protester in the face as he was being escorted[3] out of a Trump rally? Is it even important that Trump’s spokesperson manhandled a Breitbart reporter (they support him) and then lied about it? The problem with that is a Washington Post reporter witnessed the assault. How about Trump’s Soros and mob ties? Does none of this give the likes of Sarah Palin pause? I guess not. Maybe she’s a ‘low information’ voter after all. 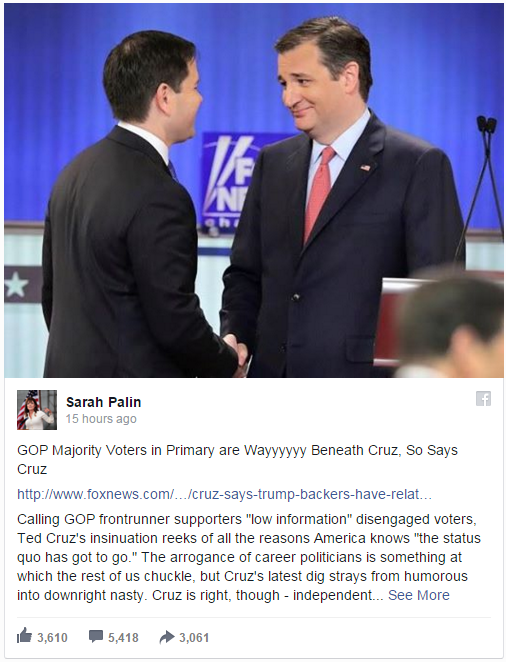