Oopsie![1] Looks like Trump and his supporters wanted to send a clear message to the RNC, but they hit a snag. First off, according to WaPo, it’s not clear what the origin of this tweet is. The account @Cam doesn’t appear to have ever tweeted it. (The last time the account tweeted was in March.) So, file that away to mull over later. Trump claims that his supporters sent 1 million postcards to the RNC. Uh yeah. That would take a lot of effort and work, not to mention it would have cost Trump a pretty penny. But did it happen? The postcards had the wrong address on them. Turns out the GOP’s website lists 310 First St. SE as its address, not 301. The address printed on those alleged one million postcards would have ended up dumped in a pile at the intersection next to the Capitol South Metro stop. 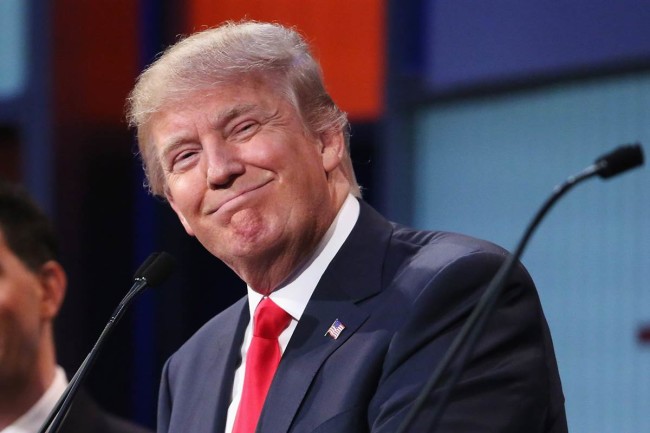 This guy Donald Trump just sort of tweets things sometimes. As you are probably aware, those things are not necessarily always true[3]. It just matters that they cast Trump in a good light. I mean, when even Ben Carson is calling him out on it[4], that’s saying something.

So on Friday night, Trump tweeted[5] this: 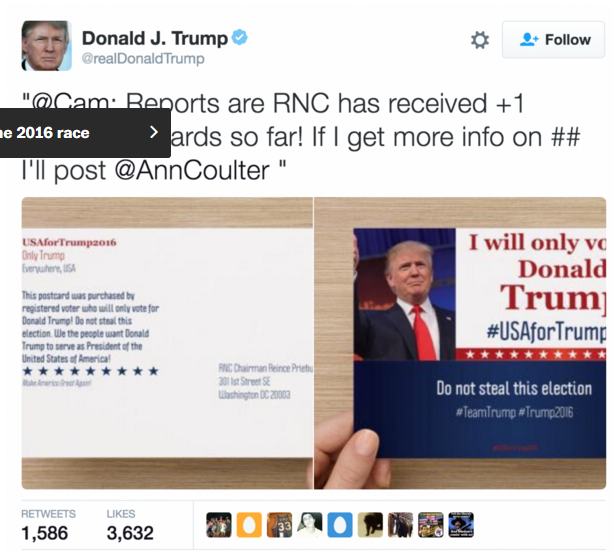 The Washington Post roundly mocked this faux postcard campaign as they should. It obviously never happened and is another lying publicity stunt on the part of Donald Trump. Disgraceful and embarrassing. I had to laugh over Philip Bump’s wry musing: “Have you used that Metro stop recently? Did you see a pile of one million postcards? Please let us know. For reference, assuming that a ream of 150 sheets of card stock is about 1.4 inches thick, you’ll be looking at 9,300 inches of stacked-up postcards. Or 778 feet. That’s two hundred feet taller than the Washington Monument. If stacked vertically. In a big lump, it’s about half the size of a gray whale. Should be noticeable in an office building, right? So we asked the Republican National Committee how many postcards they may have received. “We have received a grand total of zero,” said spokesman Michael Short. No word on whether or not he checked the metro station.” Funny and sad all at once. 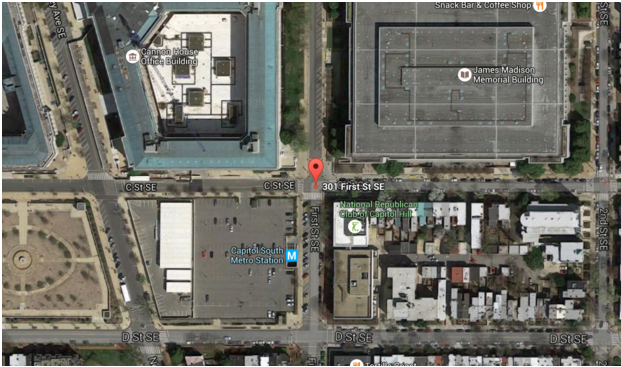