President Trump stepped in this week[1] to make sure that a group of young girls from Afghanistan were able to get into the US for a US robotics contest. Originally, they were denied entry and Trump heard about it. That’s when he stepped in to make sure they got the visas they needed for entry. Their initial visa applications were rejected twice, but we don’t know why and the State Department is not saying. They cited privacy laws over the issue. President Trump heard about the case and spoke to officials on the National Security Council. He asked them to see what they could do to fix it and they did.

Officials talked and worked with multiple agencies on this… the Department of Homeland Security finally allowed the girls entry into the US on “parole,” which means they can be here for ten days. Usually, the parole authority is only used in exceptional situations. But in the end it was decided that allowing the girls entry was of significant public benefit. These girls are from western Afghanistan’s Herat region. They spent a great deal of time and effort to overcome the obstacles to develop a robot which they intend to enter into the FIRST Global Challenge taking place in Washington, DC from July 16-18. They had to improvise with homemade items to make the robot because the supplies that were sent to them got bogged down in customs. These girls also traveled hundreds of miles to apply for visas on two separate occasions. 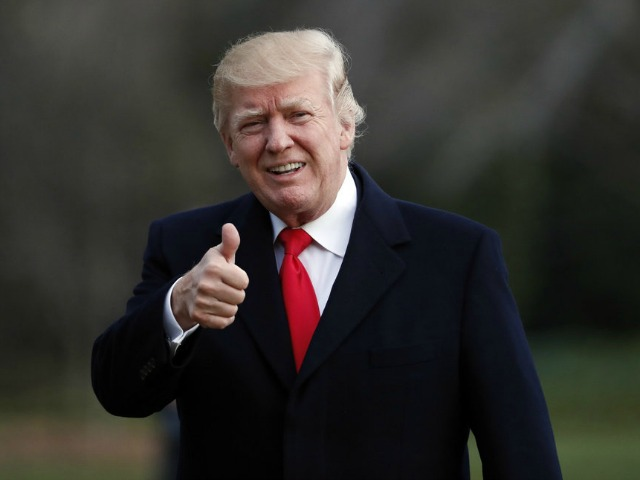 President Donald Trump intervened directly this week when a group of young girls from Afghanistan were unable to enter the country to compete in a US robotics contest.

Politico reports[3] that US officials have reversed their decision to ban a group of Afghan girls from entering the United States following an intervention from President Trump. The girls were set to travel to the US to participate in an international robotics competition but were denied US visas until President Trump stepped in.

Dina Powell, Trump’s deputy national security advisor, issued a statement saying, “The State Department worked incredibly well with the Department of Homeland Security to ensure that this case was reviewed and handled appropriately.” She continued to commend the Afghan girls, saying, “We could not be prouder of this delegation of young women who are also scientists — they represent the best of the Afghan people and embody the promise that their aspirations can be fulfilled. They are future leaders of Afghanistan and strong ambassadors for their country.”

The team page[4] for these girls reads: “Most breakthroughs in science, technology, and other industries normally start with the dream of a child to do something great. We want to be that child and pursue our dreams to make a difference in people’s lives.” President Trump was right to step in on this one and I wish these girls success in the competition. I think what they are doing is wonderful.

While there was backlash over the girls being initially denied entry and screams of bigotry because they are Muslim, Trump ignored all that and did the right thing here. Although the girls were at first barred from the United States, their robot was not. If they hadn’t been allowed to come to America, the girls planned to watch their creation compete via Skype. Now, they’ll get to be there in person and they are all smiles. So, is President Trump and the rest of America. 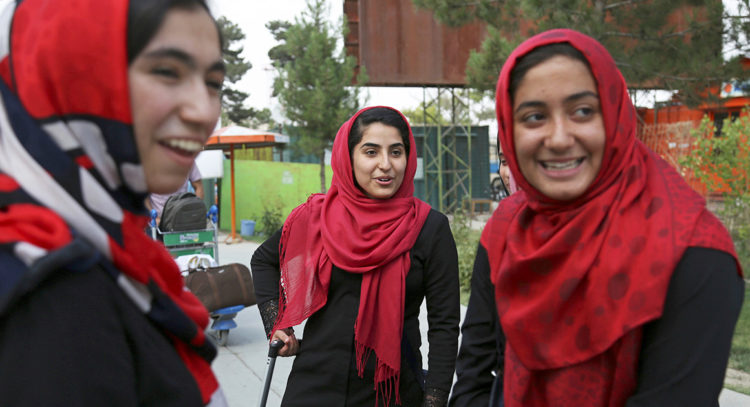 Members of a female robotics team from Afghanistan Robotic House, a private training institute, arrive from Herat province to receive visas from the U.S. embassy in Kabul, Afghanistan on July 13. | Rahmat Gul/AP Photo