Trump Targets Hillary Over Bill’s Womanizing, Says Hillary is a….

Gee… who to root for when you can’t stand either candidate?[1] Trump has a point here… Hillary was a total enabler of her hubby and his philandering ways. She has no room to attack Trump on the ‘woman’ issue. Trump is taking off the gloves with the Hildabeast: “Bill Clinton was the worst in history and I have to listen to her talking about it?” Trump said. “And just remember this, she was unbelievably nasty, mean enabler and what she did to a lot of those women is disgraceful. So put that in her bonnet and let’s see what happens, OK?” But it will be short order before Trump’s affairs and indiscretions are also brought into the light. I understand there is a lot of fodder out there on him. This is the ultimate reality TV… the Marxist vs. the Fascist. It’s sure to get ratings. 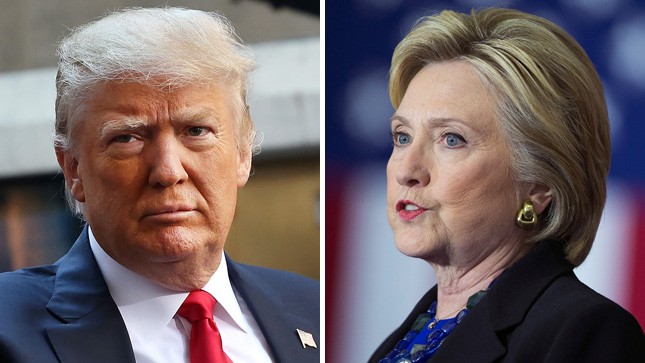 “Nobody in this country was worse than Bill Clinton with women. He was a disaster,” Trump said at a rally in Eugene, Ore. “I mean there’s never been anybody like this and she was a total enabler. She would go after these women and destroy their lives. I mean have you ever read what Hillary Clinton did to the women that Bill Clinton had affairs with? And they’re going after me with women. Give me a break, folks.”

Trump has been under pressure to repair his poor standing among female voters. Clinton has frequently attacked him for his past comments about women and on abortion and for saying she’s playing the “woman card.”

Trump has previously said that Clinton’s affair with Monica Lewinski and several other allegations are “fair game” in the race. “That certainly will be fair game. Certainly if they play the woman’s card with respect to me, that will be fair game,” he said in December. Let the mudslinging begin! But if you think that only Clinton will get dirty in this fight, think again. The Clintons are monsters and deserve being smeared publicly… but Trump is right there in their league. It’s not just women Trump has to worry about… without millions of conservatives voting for him, his chances against Hillary are dismal at best. I guess we’ll see who is more brutal and with any luck they’ll tear each other apart.