One of the things[1] that Americans feel very passionate about are American-made products. This week is “Made in America” week and the White House is kicking it off in a celebration of red, white and blue. It will promote jobs and products starting today. Each state will be asked to showcase a product made in their state. This should be fun. I can’t wait to see what my home state of Nevada will produce. Let’s just say it should be interesting. Although I would not be surprised if it is wine from Pahrump. Hopefully, it will have nothing to do with casinos or strippers, but who knows?

President Trump will be emphasizing manufacturing here in the US during “Made in America” week. Trump plans to honor “the amazing American workers and companies who have products that are made in America.” “For too long our government has forgotten the American worker. Their interests were pushed aside for global projects and their wealth was taken from the communities and shipped overseas,” Helen Ferré, the White House director of media affairs stated. “Under the leadership of President Donald Trump, not only will the American worker never be forgotten, but they will be championed.” That is music to the ears of middle America and to workers across the country. It’s long, long, long overdue.

The White House revealed a three-week campaign starting with a “Made in America” themed week, which will promote U.S. jobs and products beginning Monday.

One of President Donald Trump’s biggest slogans during the 2016 presidential campaign was “America First.” The “Made in America” theme is the first of the three-week campaign followed by an “American Heroes” week and ending with “American Dream.” The White House told reporters[4] about the campaign Sunday.

“This week the Trump administration will honor the amazing American workers and companies who have products that are made in America,” Helen Ferre, the White House director of media affairs, told reporters at a Sunday briefing at the White House. Ferre said the U.S. sets “the world standard for quality and craftsmanship.”

Trump is also traveling to Newport News, Virginia, where a new aircraft carrier, the USS Gerald R. Ford, will be commissioned on July 22. It’s the first of a new generation of aircraft carriers, which costs $13 billion. It’s a twofer… made in America and for the military. Gotta love it.

This week will highlight bringing jobs back to America, boosting and expanding our manufacturing here at home and the renegotiation of trade deals that have been harmful to American interests. President Trump is a businessman… this is right down his alley. Following “Made in America” week, the White House has plans to host “American Heroes” week, followed by “American Dream” week. This is a fantastic idea! Talk about patriotic, this is what the media should be reporting on instead of Russia. WaPo headlined with it today with a jab at Trump on foreign made products. I despise media trolls.

This week will mark a much-needed change in focus for Americans. They have a right to be proud of their country and what we produce. And President Trump is making sure that is brought front and center out in the open for the world to see. He ran on this and Americans love him for putting America first. 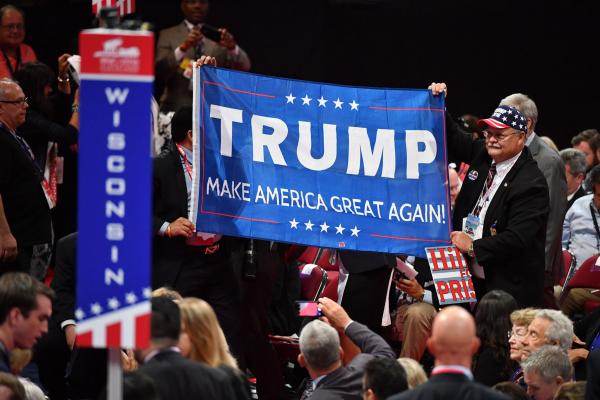