Here’s something you’d never see at the Obama White House or really, the White House of any liberal/Democrat. Several members of Trump’s cabinet hold weekly Bible studies which has led CBN to call them “the most evangelical” cabinet in the history of the country. (I don’t know about that, I’m pretty sure the cabinets of the Founding Fathers were pretty religious, but we’ll let them have this moment.)

Let’s be honest, is anyone really surprised? I mean, the people Trump is hiring are clearly religious and aren’t going to put that off to the side now that they work with the President. 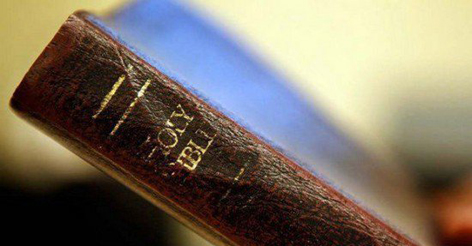 But they aren’t the only famous people attending. The man leading the study is NBA player Ralph Drollinger[2], who played with the UCLA Bruins and became the first player to make it for the final four of the NCAA Tournament four separate times.

“These are godly individuals that God has risen to a position of prominence in our culture,” he said in an interview. “It’s the best Bible study that I’ve ever taught in my life. They are so teachable; they’re so noble; they’re so learned.”

The coach of that team at the time, John Wooden, sought to integrate Christian principles into his coaching[3].

It wouldn’t surprise me if liberals learned of this information and came out demanding that they stop studying the Bible in the White House, citing the fictitious “separation of church and state.”

It’s nice to have religion back in the White House and to have a President whose cabinet doesn’t feel as if they need to hide their faith.