While it may be true[1] that there are those Christians who think that President Trump’s ban on refugees from certain Middle Eastern countries such as Iraq is too strict, I am not one of them… I fully support the freeze. I am also thrilled that Trump is going to prioritize Christians once the freeze is lifted. There is one exception I want to cover and that is for interpreters from these countries, who assist our military in all they do. Many of them do so under threat of death.

I do believe an exception should be made for these individuals. However, that comes with a caveat. It should be on a case by case basis and vetting should be done. There could still be Jihadists in their midst, so it would be prudent to expedite the vetting of these individuals, while keeping in mind that their lives are at extreme risk. 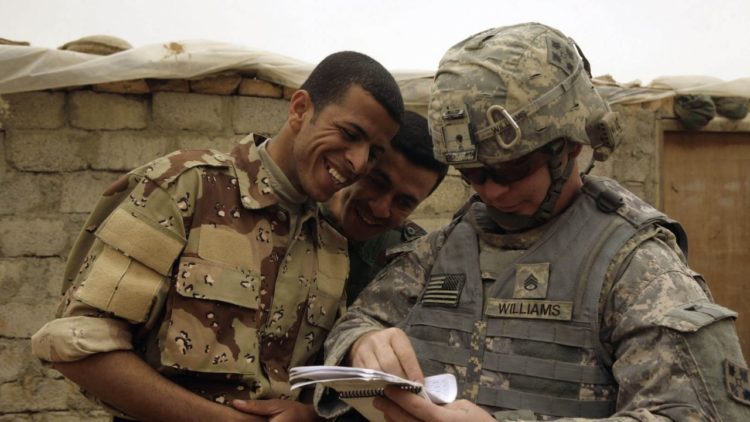 On Friday, President Donald Trump issued an executive order[3] freezing the refugee resettlement program and is expected to prioritize Christian refugees over Muslim refugees. But there’s a group of immigrants — many of them Muslim — waiting for their visas that are also being frozen out, and many consider them patriots who risked themselves to help American servicemen: Iraqi and Afghan translators.

According to Military.com[4], the order “puts at least a 120-day hold on new refugees from all countries while officials conduct a review of the refugee screening process. A separate rule also puts a 90-day hold on the entrance of all immigrants from a series of countries considered particularly high-risk, including Iraq. When the refugee program restarts, the order states, the U.S. will accept only 50,000 refugees annually, down from the current 110,000.”

As The Blaze reported Friday[5], many conservatives welcome the prioritization of Christians once the holds are lifted, but express concern that the freeze is perhaps a bit strict.

This is particularly true for interpreters who work with American servicemen who are allowed to apply for resettlement in the U.S. under a Special Immigrant Visa program. These men and women are often, according to Military.com, targeted for assassination due to their association with the U.S.

A group called “No One Left Behind,” started by Army Captain Matt Zeller who was deployed to Afghanistan in 2008, advocates for Iraqi and Afghani translators who helped servicemen in the fight against terror in those regions of the world. Zeller had this to say: “Matt Zeller, a former U.S. Army captain and cofounder of the interpreter advocacy group No One Left Behind, said hundreds of Iraqi translators who worked with American troops and are in the process of receiving visas because they are in danger would lose that benefit. Thousands more Afghani translators could similarly be blocked if the administration views them as refugees like the Obama administration did,” he said.

As I said, there should be a pathway for individual review here. We don’t want to leave those behind that have risked everything to help the US. But this should not affect the overall freeze. It is necessary while extreme vetting is put in place. The military claims that the interpreters already undergo extreme vetting. The program should be reviewed and if correct, these individuals should be put at the front of the line. To not help them, is pretty much a death sentence and that is not what is intended here. I’m sure that President Trump will evaluate the situation and these men won’t be forgotten.