This officer decided to attend the Trump rally[1] in Tucson, Arizona. He went to experience the event for himself so he could make up his own mind. He got to see protesters up close and personal with their signs. Some of them were peaceful. As he got nearer the door, the loud profanity began. Mother’s had to cover their children’s ears that were at the event. They were screaming ‘F**k Donald Trump!’ Classy. He said inside, it was peaceful. There was excitement, but no hatred. Except probably of course for the one guy they carted off for punching, kicking and stomping a protester. But he didn’t see much wrong with that. It was very crowded in the rally. Overall, he had great things to say about the event. 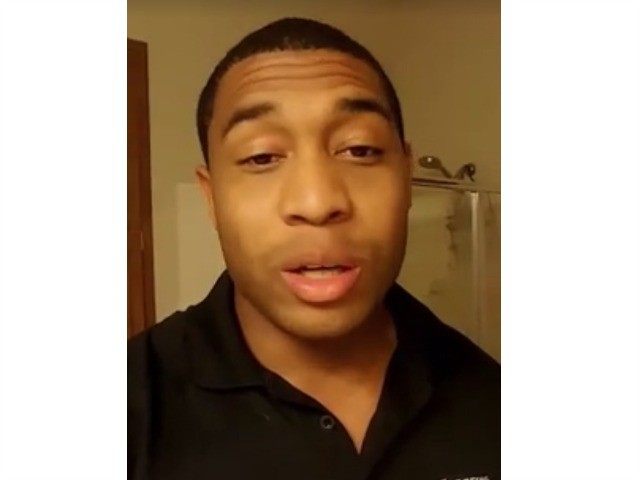 Brandon Tatum, an officer in the Tucson Police Department, shared a video[3] Saturday night giving his perspective on Donald Trump’s campaign rally in Tucson, Arizona — and the disruptive protesters who hurled obscenities at the Republican candidate.

Tatum says that as a black man, he did not feel unsafe around Trump’s supporters but was ready to fight protesters in self-defense. He calls them the most hateful, evil people he has ever seen. The demonstrators, who he recalls chanting the phrase “Black lives matter,” used profane language and gestures, leading a mother to cover her child’s ears.

This officer is correct, Trump did pay for the event to be private. That was so he could keep people out at his own discretion. That’s prudent and smart on his part. Trump put out a disclaimer at the beginning of the rally not to hurt protesters… that security would escort them out. He claims that because of the hate and violence from the protesters, he felt threatened and I’m sure he did. The radicals are doing all they can to create riots and fights and they don’t care who gets hurt in the process. It is evil. It is also true there is a lot of anger on both sides. Trump evidently did a great speech… he certainly won over this officer. Trump is blunt, but says what he believes. Where I disagree here is justifying the beat down the one guy gave to that protester. Where he was right was how evil and violent the protesters are. I can understand that. It’s tough on Trump and his followers and it is dangerous.