After Two Months, Secretary Mattis Continues The Fight In The Pentagon…As The ONLY Appointee!

Secretary Jim Mattis is definitely not alone in the Pentagon, but two months into his term as secretary of defense, not a single political appointee[1] has been chosen to join him there. 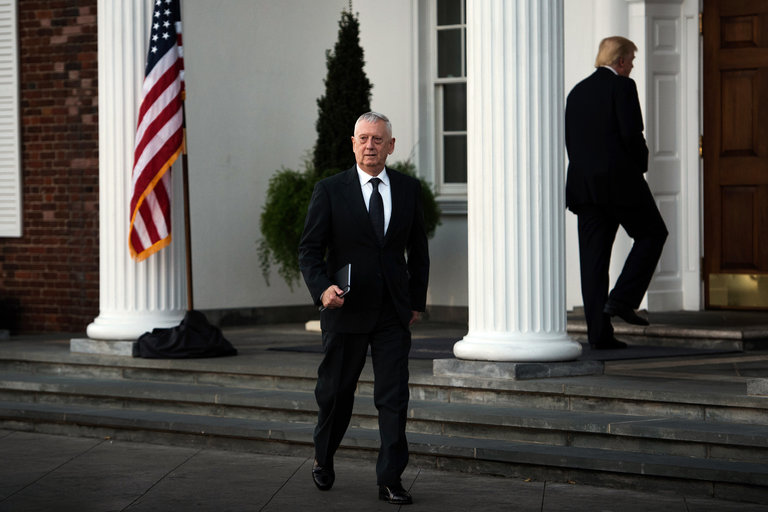 The retired Marine general, who took office just hours after President Donald Trump was sworn in, has fought with the White House over quality high-priority civilian positions that, while seldom in sight of the public, are vital to developing and utilizing defense policy at home and abroad.

When the Obama administration left the mess they did in January, only one of its top-tier Pentagon political appointees continued to serve in his position — Robert Work, the deputy defense secretary. He chose to remain until his replacement was chosen and sworn in. So far, there have been no nominees for deputy to be declared, let alone confirmed by the Senate.

The administration has proclaimed that there were four nominees for senior Pentagon civilian jobs, but two of those later withdrew their nominations. Trump’s nominee to lead the Army, Vincent Viola, declined to continue on in the process in early February because of financial entanglements and about three weeks later, Philip B. Bilden, the Navy secretary nominee, also opted out, citing much of the same reasons.

On Tuesday, the White House made it known that it intends to nominate John J. Sullivan as the Pentagon’s chief lawyer. In January, Trump announced former congresswoman Heather Wilson of New Mexico as his nominee to be Air Force secretary, although he has of yet to submit the nomination to the Senate for review.

Dov Zakheim, who served as the Pentagon budget chief during the George W. Bush administration, gave comment about the matter.

“The process has definitely slowed.”

Zakheim continued in a email exchange:

“The delays are already causing much consternation among allies, especially in Europe and Southeast Asia, as their most senior working level day-to-day contacts – the deputy assistant secretaries — may not come onboard until the summer. Lots of mayhem could take place before then.”