Trump has made[1] a bunch of coal miners and union members very happy out there. The coal industry is coming back to life here in the US with help from President Trump. For the first time in two years, in the first quarter of 2017, the coal industry has made a profit. That translates to new plants and jobs.

In 2016, the coal industry saw massive losses and many plants shut down due to the efforts of our Marxist-in-Chief, Barack Obama and the Environmental Protection Agency. There is more mounting evidence of a resurgence in the mining industry than just the numbers. President Trump spoke about the opening of a new coal mine in the Pittsburgh area that expects to employ around 100 workers as an example of the industry’s comeback. And that is just the beginning. Obama may have pronounced the industry dead, but it seems rumors of coal’s death are greatly exaggerated. We need coal for energy production and this is very good news. 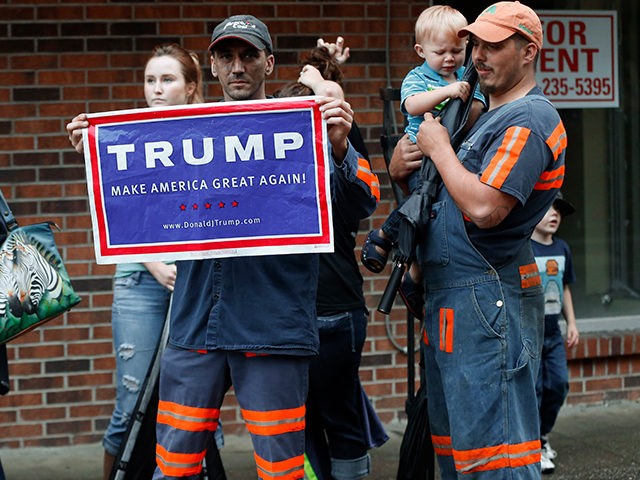 The U.S. mining industry is starting to see a resurgence.

According to data from the U.S. Census Bureau published last week, the mining industry made a profit for the first time in two years in the first quarter of 2017.

U.S. mining corporations with $50 million or more in assets reported $1.957 billion in combined profits after taxes from January to March 2017, according to a collection of quarterly financial reports about the mining industry from the Census Bureau.

The Census Bureau has been posting these quarterly reports about the mining industry in the U.S., including data about profits and losses after taxes, since the fourth quarter of 2000.

In the first quarter of 2016, U.S. mining corporations with $50 million or more in assets cited a collective $27.075 billion in losses.

The U.S. mining industry had not reported profits since the third quarter of 2014 when it cited profits of  $10.258 billion.

The most profitable quarter for the U.S. mining industry in the 16 years the U.S. Census tracked profits and losses for the mining industry was in the third quarter of 2008, when it cited $31.376 billion in profits.

President Trump spoke via video[3] at the opening of that new Pennsylvania coal mine and was cheered by workers. He says it’s proof that he is keeping his campaign promise to create jobs for miners and create industries to benefit the US economy. And workers are thrilled over it. It’s been a long time between jobs for many of them and Trump is giving them a second chance.

“I’m absolutely thrilled to be speaking with you on this great, great day. The miners of Pennsylvania are mining coal again,” Trump said in the video shown at the event with miners, executives and dignitaries. These people are the driving force that elected President Trump. “Washington may be 180 miles down the road, but I want you to know each and every day, I’m fighting for you and all the forgotten men and women of America,” Trump said. Corsa Coal Corporation will build the plant that will supply more than 100 jobs to mine coal that will be used for steel production.

“Under a tent perched hundreds of feet above a freshly dug coal pit, about 200 miners, business leaders, and politicians celebrated amid the surge of enthusiasm for the industry,” the Associated Press reported. “Mining headgear lay atop red, white, and blue table cloths labeled ‘Make Coal Great Again.’” Thanks to President Trump, the entire coal industry has hope again and they are optimistic about their future. Another mine is slated for next year and the year after. Trump is beloved by the working class and he loves them right back… with jobs. 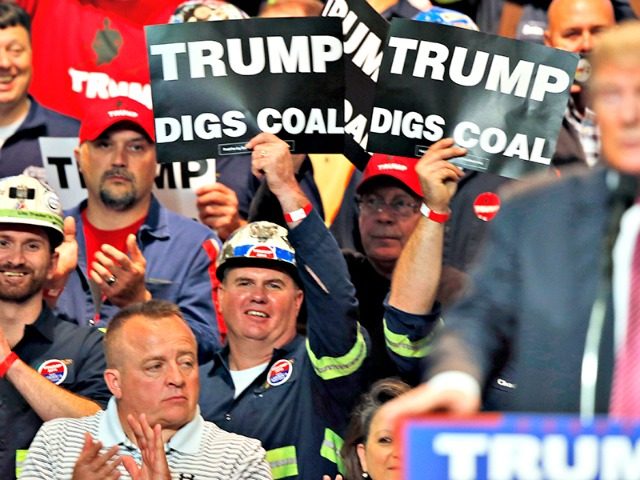