Uh-Oh: Trump Predicts A ‘Very Massive Recession’ & Says This About The Stock Market

Republican Presidential front-runner Donald Trump[1] discussed America’s economy, his predictions and how he plans to eliminate the ever-expanding National Debt in just 8 years. 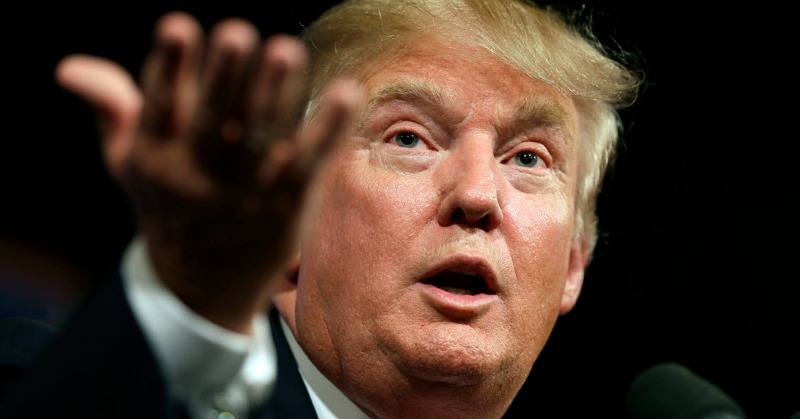 Donald Trump said in an interview that economic conditions are so perilous that the country is headed for a “very massive recession” and that “it’s a terrible time right now” to invest in the stock market, embracing a distinctly gloomy view of the economy that counters mainstream economic forecasts.

The New York billionaire dismissed concern that his comments — which are exceedingly unusual, if not unprecedented, for a major party front-runner — could potentially affect financial markets.

“I know the Wall Street people probably better than anybody knows them,” said Trump, who has misfired on such predictions in the past. “I don’t need them.”

Trump’s go-it-alone instincts were a consistent refrain — “I’m the Lone Ranger,” he said at one point — during a 96-minute interview Thursday in which he talked candidly about his aggressive style of campaigning and offered new details about what he would do as president.

The real estate mogul, top aides and his son Don Jr. gathered over lunch at a makeshift conference table set amid construction debris at Trump’s soon-to-be-finished hotel five blocks from the White House. Just before, he had met there with his foreign-policy advisers and just after he visited officials at the Republican National Committee — signs that, in spite of his Trump-knows-best manner, the political novice is making efforts to build a more well-rounded bid.

Over the course of the discussion, the candidate made clear that he would govern in the same nontraditional way that he has campaigned, tossing aside decades of American policy and custom in favor of a new, Trumpian approach to the world.

In his first 100 days, Trump said, he would cut taxes, “renegotiate trade deals and renegotiate military deals,” including altering the U.S. role in the North Atlantic Treaty Organization.

He insisted that he would be able to get rid of the nation’s more than $19 trillion national debt “over a period of eight years.”

Most economists would consider this impossible because it could require taking more than $2 trillion a year out of the annual $4 trillion budget to pay off holders of the debt.

Trump vehemently disagrees: “I’m renegotiating all of our deals, the big trade deals that we’re doing so badly on. With China, $505 billion this year in trade.” He said that economic growth he foresees as a consequence of renegotiated deals would enable the United States to pay down the debt — although many economists have said the exact opposite, that a trade war would be crippling to the U.S. economy.

Trump also said that the United States has lost its standing in the world and that he would make people “respect our country. I want them to respect our leader.” Asked how he would do so, Trump cited an “aura of personality.”

You can read the full transcript of the interview here[3].
Endnotes: