Phew! The same judge[1] who halted Trump’s previous Executive Order freezing refugees from coming into the country until extreme vetting could be implemented, has ruled in favor of President Trump’s new immigration order. I expected this would happen since Trump narrowed the scope of the order. He also did something else very clever. The stopping of refugees will now occur overseas through our embassy personnel rather than on US soil. That is much harder for our leftist judges to stop. This is good news.

The travel ban is still a go and that means that six Middle Eastern countries will not be allowed to send refugees to the US for 90 days. Iraq was dropped from this list as they assured President Trump they would step up their vetting procedures. Hawaii was the first to sue to stop the new Executive Order. Now Washington state has joined with New York to give it a go. They have failed and it will stay in place. It’s about damned time. Washington and New York were trying to apply the previous ban to this order and it got slapped down.

Seattle U.S. District Court Judge James Robart, who issued the temporary restraining order against Trump’s initial order last month, refused a request on Friday to apply that order to the revised policy according[4] to Reuters.

Trump’s January executive order on immigration, which temporarily halted citizens from seven Muslim-majority countries from entering the U.S., was challenged by a group of states including Washington and Minnesota. Robart had issued a temporary restraining order to halt implementation of the policy.

The modified executive order, which will go into effect March 16, removed Iraq from the list of countries with temporary bans on travel and no longer indefinitely bars Syrian refugees.

Trump’s new ban will go into effect on March 16th. Syrian refugees will also not be banned indefinitely. Another move I disagree with, but I’ll take what I can get. Kellyanne Conway said that the Trump administration expected the push back, but that it will “pass legal muster.” Trump’s counselor pointed to Iraq’s removal from the revised list as a “great signal” as to how other nations, which are known to “harbor, train or export terrorists,” can be removed from the ban. I’d be careful how I use Iraq as an example. That may backfire. Although they’ve promised to improve their vetting, this is Iraq… a country who is not known for keeping their word.

Federal judges will try and chip away at the order.[5] A federal judge in Wisconsin dealt the first legal blow to President Donald Trump’s revised travel ban on Friday, barring enforcement of the policy to deny US entry to the wife and child of a Syrian refugee already granted asylum in the United States. But I don’t think that is going to stop it or impinge on the overall legality of the order. This time, I think Trump will prevail much to the relief of Americans. 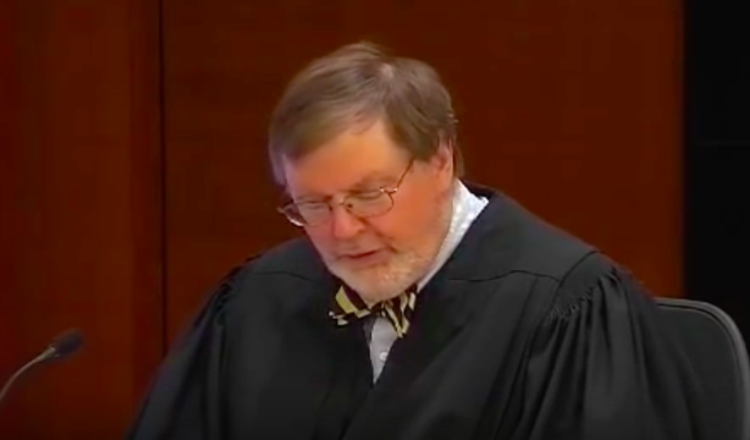