Melania Trump has been high-profile lately.[1] First, she got caught up in plagiarizing Michelle Obama’s speech. Then there was some kerfuffle over her being an illegal immigrant. Now, Trump’s attorney is saying she got her green card in a previous marriage. To be fair, Trump came out this morning and claimed there was no previous marriage. But I question that. Why would his attorney say otherwise and how was Melania able to get a green card to work in the States if that wasn’t the case? 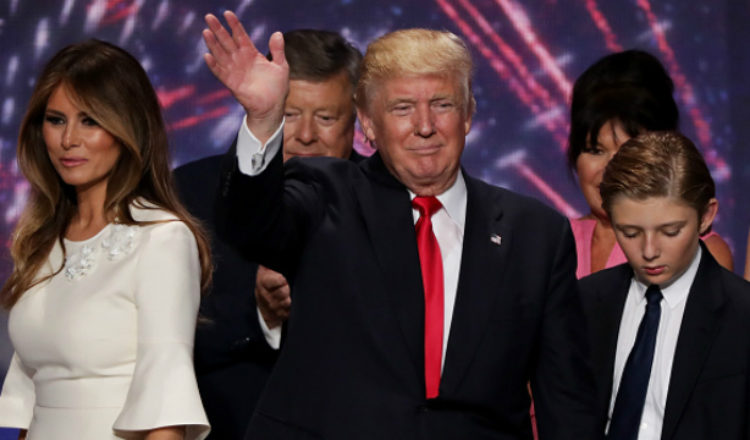 In an interview with Larry King Live in 2005 Melania Trump said that she had never been married before meeting Donald Trump.

But, Michael Wildes, an immigration attorney who worked for the Trump Organization, told Univision’s investigative unit that she obtained a green card four years earlier in 2001, “based on marriage.”

Melania and Donald Trump were not married until Jan. 22, 2005 at Bethesda-by-the Sea Episcopal Church in Palm Beach, Florida.

When asked to explain the marriage discrepancy, Wildes said he would seek clarification, presumably from the Trump Organization. He later sent an email saying “I didn’t hear back, sorry.”

Wildes said he acted “on behalf of Trump models” and handled legal work to obtian visas and green cards for Miss Universe when Trump owned the pageant. He told Univision that he had been authorized by the Trump Organization “to speak on the matters concerning Melania.”

He said he could not comment on how Melania Trump became a U.S. permanent resident.

“Ms. Trump received citizenship in 2006 and prior to that she had a green card based on marriage,” he said in a recorded interview by phone. “Before that, she had a work visa and was in full compliance on her visas and never disrespected any of them. That has been made clear to me.”

Sounds to me like someone is fibbing here. Just sayin’. Questions are leading to even more questions on Melania. If she was here legally, why is she lying about the marriage? Why is Trump? And if this is a lie, what else are they lying about? If Melania was here illegally, that is not going to look very good for Trump either considering his supposed stance on the issue[4]. Donald Trump’s presidential campaign repeatedly declined to clarify the attorney’s comments. The campaign also declined to discuss Mrs. Trump’s immigration history in detail or provide copies of any paperwork that would put the issue to rest. Along with Trump’s Russian ties, this is going to be a thorn in his campaign.