Right now, I think it’s safe to say that former FBI Director James Comey is the world’s most hated man. Republicans hate him for trying to stick it to the Trump administration and Democrats hate him for not giving them anything they can use to start a legitimate impeachment process.

Fox News’ Judge Jeanine Pirro took Comey to task for his ineffective attempt to cast doubt on the integrity of Donald Trump and his Presidency. 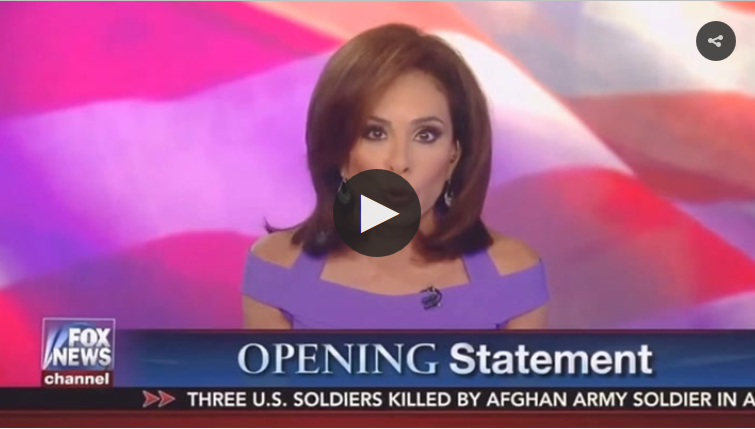 Pirro used her opening statement to take a hatchet to Mr. Comey’s ego and absolutely tear his story apart. It’s nice to know that someone is willing to call him out, especially on his questionable treatment of the Hillary Clinton “matter.”

Among the best lines from her monologue:

“Are you schizo? Are you the same guy who held a press conference to do what has never been done in the history of this country, and announced to the world that no reasonable prosecutor would indict Hillary?

By the way, Mr. America, how is it that you always seem to find your way into the middle of a national crisis?

Do you have delusions of grandeur? You spend a lot of time talking about your emotions.”

Do you think Pirro has a point? I mean, Comey is basically wasting the time of all Americans by telling us things we already know, such as Trump was never under investigation by the FBI. Aside from that (and letting it slip that he leaked his own memos) nothing is actually happening in the hearings. In fact, this feels an awful lot like a concerted effort to attack Trump, except it isn’t exactly going the way Comey or the mainstream media had hoped.

They’re trying so hard to make a scandalous mountain out of a molehill and it is pathetic.