Sherrif Joe Arpaio of Fountain Hills Arizona had the pleasure of arresting protesters at a Donald Trump rally[1]. 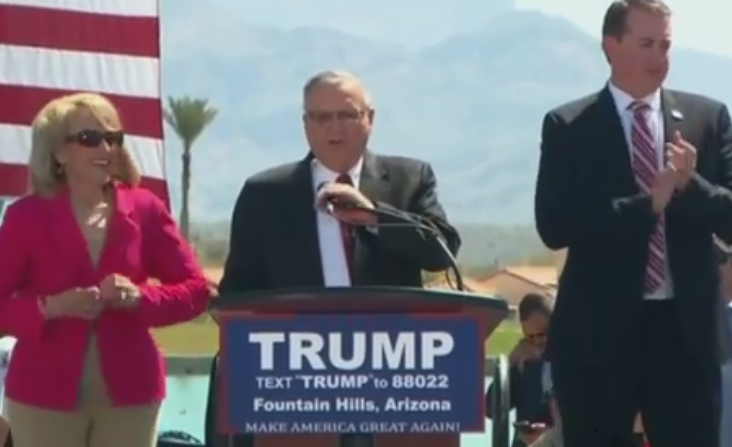 Arpaio, who took to the stage about noon to introduce Trump, said, “We had a little problem. Some demonstrators were trying to disrupt.”

Boos erupted from the crowd of several thousand. Arpaio then added, “Because of them, you had to get a little more sunshine, but we made it. And three of them are in jail,” which the audience cheered.

I always disliked protesters who disrupt traffic or get in YOUR way, when YOU are not the item they are protesting. For example, protesters who block traffic – there’s people trying to get to work or pick up their kids, get OUT of the way and get a life!