Remember Watergate?[1] I sure do… I hated it every time my father put it on to watch the hearings. That was my cue to be anywhere else. One of the legendary reporters to break that story was Bob Woodward. He’s now with the Washington Post. When he heard about the cooked up Russian dossier leaked to smear President-elect Donald Trump, that just ticked him off and offended his sensibilities. He released a statement yesterday stating that the dossier was garbage and it is. He said when the intelligence agencies make a mistake like that, they should apologize. Yes, they should… but I wouldn’t hold my breath.

Trump thanked Woodward for stepping forward like that. He’s no fan of Trump’s, but it looks like he’s for what is right. The dossier had been in the hands of these people for at least six months. None of the major media outlets would run with it because it could not be sourced or verified. Then BuzzFeed decided evidently that any publicity was good publicity and released it after it was leaked to them. CNN ran with the story without the salacious details… but they still propagated it. It led to a confrontation between a CNN reporter and Trump, where the reporter demanded a question be answered (rudely, I might add) and Trump told him no, he was fake news. 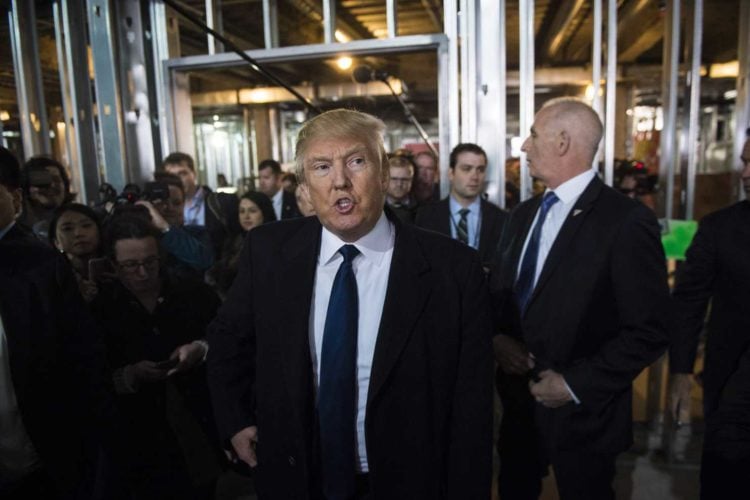 Legendary journalist Bob Woodward[3], whose reporting on the Watergate scandal helped seal the doom of former President Richard Nixon, on Sunday referred to a dossier of allegations against President-elect Donald Trump as “garbage.”

After Woodward’s appearance on Fox News Sunday, Trump tweeted out his response to the veteran journalist.

“Thank you to Bob Woodward who said, “That is a garbage document…it never should have been presented…Trump’s right to be upset (angry).. about that…Those Intelligence chiefs made a mistake here, & when people make mistakes, they should APOLOGIZE.” Media should also apologize,” Trump tweeted.

Woodward claimed the dossier should in no means have ever been considered an intelligence document, and that if officials had simply wanted Trump’s team to be aware of it, it could have been shared by the White House counsel.

Woodward is right… it should not have ever been an intelligence document and should have gone to the White House counsel, as well as Trump’s team. “I’ve lived in this world for 45 years where you get things and people make allegations,” Woodward said. “That is a garbage document. It never should have been presented in–- as part of an intelligence briefing,” he added.

I’m of the opinion that the intelligence guys deliberately leaked it to smear Trump. Brennan apologized, but he knows it’s too late, it’s out there now. This is how they play their games. It doesn’t have to be true to destroy or smear someone… it just has to be set free to do damage. And Trump should be very suspicious of how it was leaked, because he’s being targeted by these asshats.

Ironically, ex-Washington Post reporter Carl Bernstein — with whom Woodward shared the Pulitzer Prize for exposing the Watergate scandal that brought down President Richard Nixon — last week helped CNN break the story that Trump and President Obama were both given a two-page summary of the dossier. Now they find themselves on opposite sides of another huge story. Woodward got it right on this one… there are paid leftist sources behind that dossier that are gunning for Trump and this was just wrong.