Donald Trump is not having a good weekend.[1] I’ll bet he’s furious over this development. It appears there is a mole in Trump Tower and knowing Trump, that person is going to be hunted down. Someone from Trump Tower sent the front three pages of The Donald’s 1995 tax returns to the New York Times. Those pages show that Trump may have used a tax loophole that came into being under none other than Bill Clinton. I guess he was doing a solid for his rich friends in real estate. The loophole allegedly makes it possible for realtors to amortize holdings over 27 years. Trump wrote off $1 billion that year, so this was a massive write-off[2].

The report released[3] by the Times says that Trump may have avoided paying taxes for 18 years or more. I have absolutely no problem believing it. All along, I have wanted to see Trump’s taxes because I believe he has had dealings with the Russians. But this works. I also don’t buy his shuffling of money in his so-called charitable contributions. While I’m at it, I don’t believe Clinton’s tax returns either. You can get taxes to say whatever you want and she probably has a whole fleet of CPAs to do her bidding. Those tax returns read like best-selling fiction… only the one buying is the IRS. 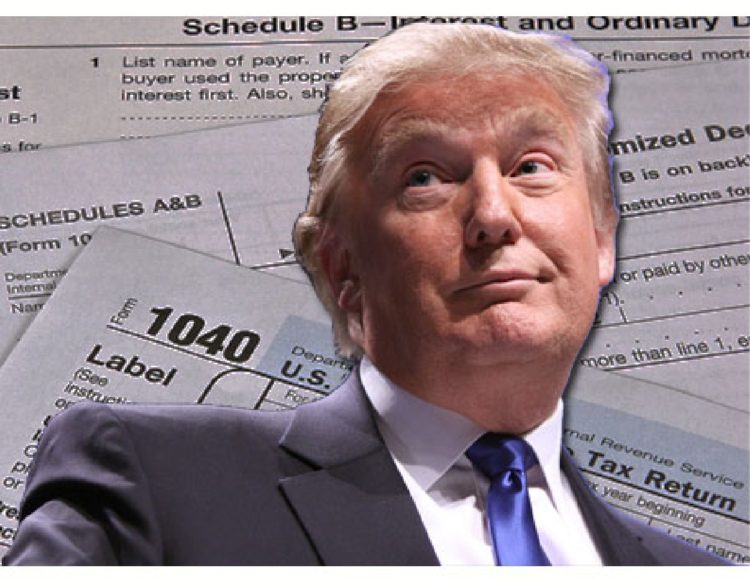 The Trump campaign has neither confirmed or denied these allegations, which indicates they are the truth. All they have said is that the New York Times is part of the establishment media and bad. I laughed out loud when Trump pronounced that he knows the tax code far better than anyone who has ever run for President and he is the only one that knows how to fix it. What a load of bull. So all presidents were dumber than Trump and he’s the only savior for us on taxes? Give me a freaking break. Many know how to fix the tax issue… they just lack the will to do it and so does Trump. Trump has declared that he paid no more tax than legally required. I’ll bet. And he is the first candidate since 1976 not to release his tax returns.

The New York Times has hired tax experts who are up front and say that Trump’s tax return does not suggest any wrongdoing, even though he had huge business losses that surely triggered an audit by the IRS. Of course, there are hundreds of pages of that tax return alone that we aren’t seeing, so that assertion cannot be verified. The documents were even confirmed by Jack Mitnick, a lawyer and certified public accountant who handled Trump’s tax returns for more than three decades, according to the Times. Mitnick was the preparer of the partial return sent to the Times. “This is legit,” he told the newspaper on Wednesday when presented with a copy of the documents.

Hard copies of the documents were sent in the mail to the New York Times. There was also a letter with a return address of Trump Tower in New York City. Allegedly, Trump has not paid taxes in decades. Wonder what else is in those tax returns? Most working Americans certainly have to pay taxes and while Trump says this is him being smart, it seems crooked to me considering his supposed worth. But, according to Trump, this isn’t news. Actually, I think it is, just as Hillary’s email scandal is. 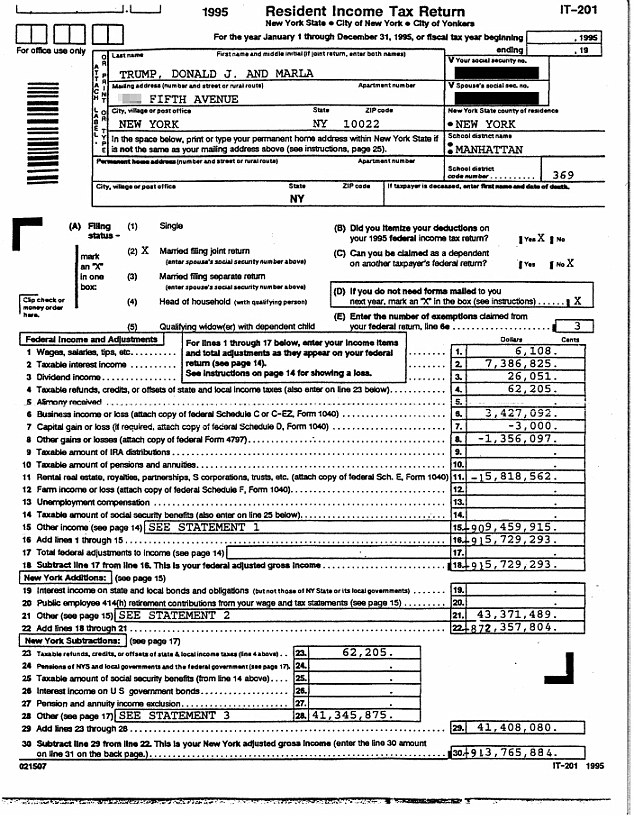 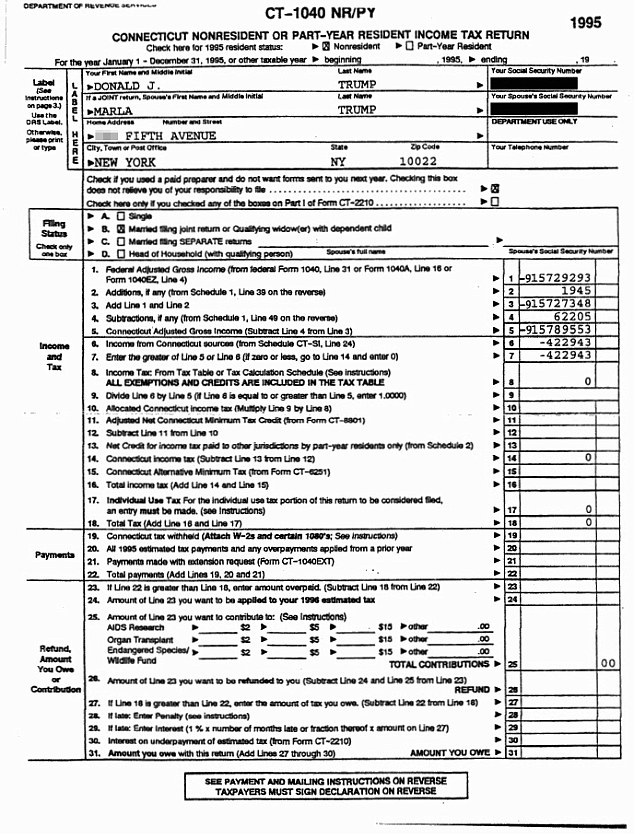 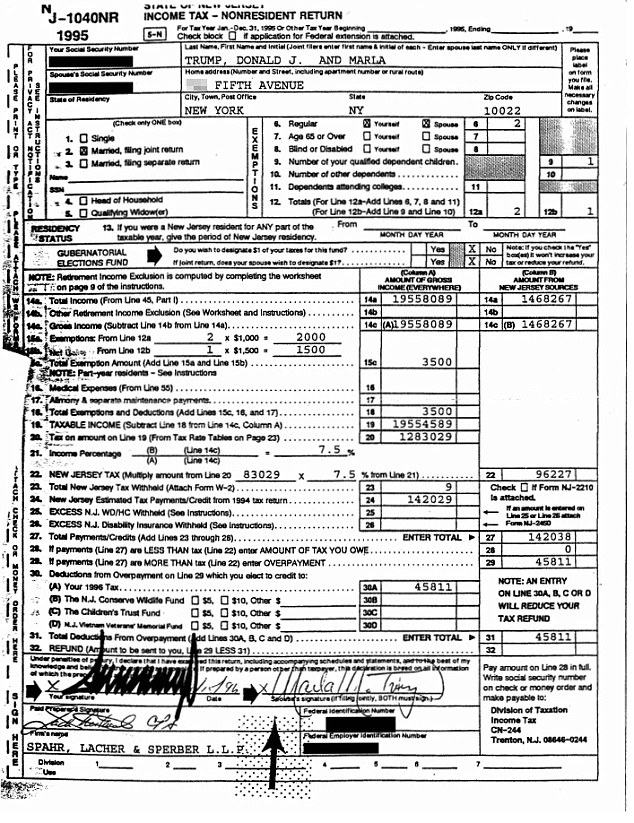 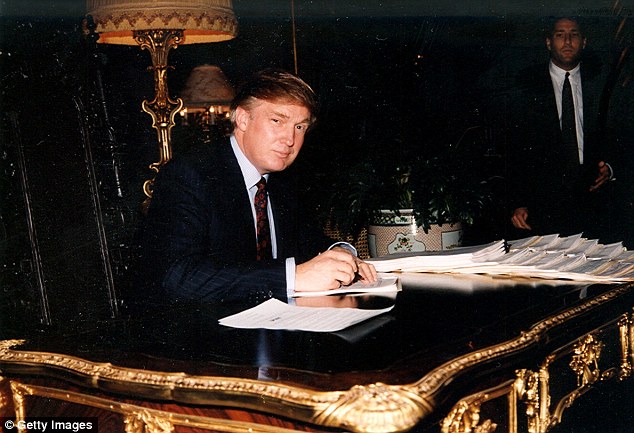 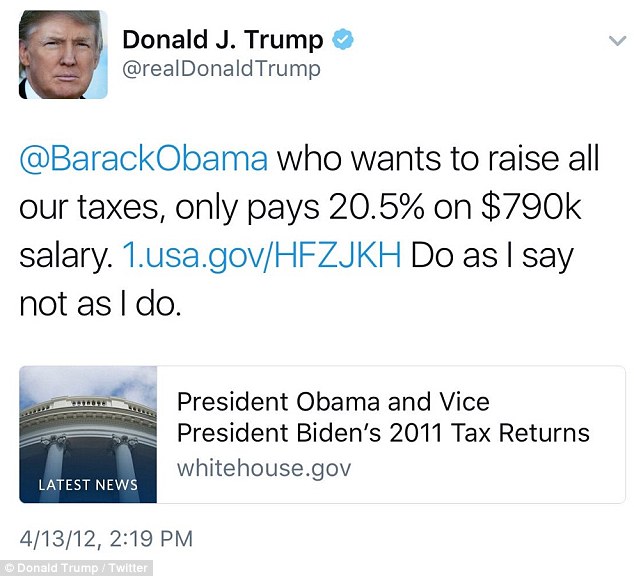 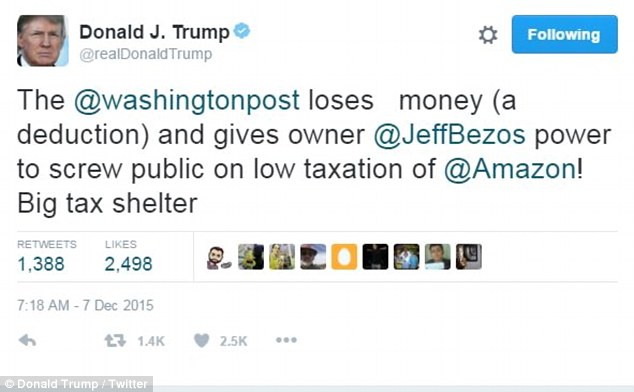 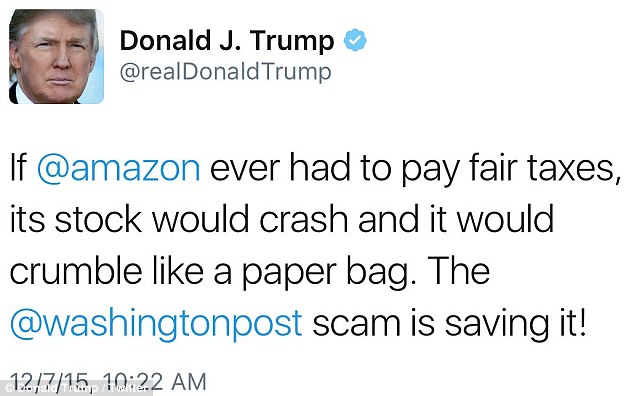 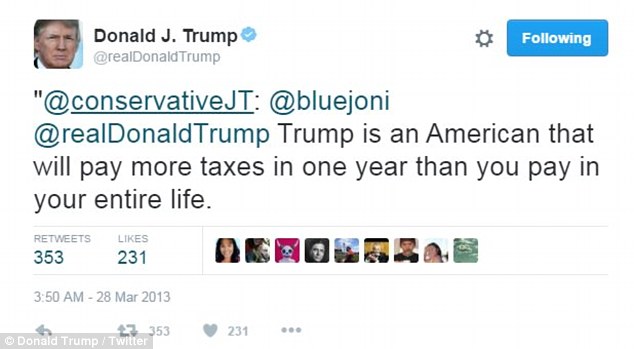