WHOA! Something INCREDIBLE Has Happened To Immigrants From Trump’s ‘TRAVEL BAN’ List!

Even with President Trump’s travel ban[1] being tied up in the courts, the number of visas issued to travelers from the six countries included in the travel ban have dropped dramatically since Trump took office. In April alone, the number of travelers dropped by 21 percent. The number of travelers is now roughly half what it was under Barack Obama. That’s a good start. These countries include Iran, Syria, Yemen, Somalia, Libya and Sudan. Just like the illegal immigrants coming over our southern border dropping precipitously in numbers, those coming from primarily Muslim nations has also plummeted.

Originally, there were seven nations on the list, but General Mattis requested that Iraq be removed. I still don’t understand that move. It is unclear whether the drop in travelers from those six countries is due to the Trump administration letting fewer people into the country, or if it is due to travelers feeling uneasy about entering the US since Trump introduced the ban. Does it matter? I’m just thrilled it is happening. It’s vital for our security. 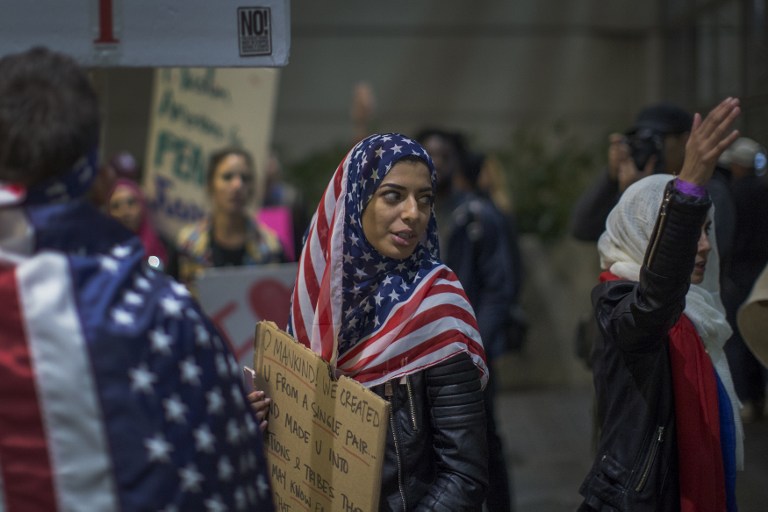 The number of nonimmigrant visas issued to travelers from the six majority-Muslim countries in President Trump’s immigration executive order has dropped dramatically since Trump’s inauguration.

Of the foreign travelers who came to the U.S. from the six countries, 2,013 travelers came in April, down from the 2,551 that arrived in March- a 21 percent decrease, according to Roll Call‘s analysis of a State Department report.

That number is almost half the amount of travelers from those countries that came to the U.S. when former President Barack Obama was in office last year, with 4,454 coming into the country.

According to the White House, the six nations mentioned in the executive order are Iran, Libya, Sudan, Somalia, Yemen, and Syria.

There used to be seven countries on the list when Trump first tried to get his executive order through in January, but Defense Secretary James Mattis requested that Trump remove Iraq from the list.

Trump’s travel ban is going before the Supreme Court for review after the 9th Circuit of the U.S. Court of Appeals ruled against it Monday.

Terrorists should fear President Trump. That’s the point here. “Even though President Donald Trump’s travel ban has run afoul of the courts, the number of visas issued to people from six majority-Muslim countries targeted by the executive order appears to be slowing down dramatically,” stated Roll Call. Simply announcing the ban and keeping it in the courts is enough to deter those who would have a challenge with it because of their extremist ties. “There’s a significant deterrent effect, whether from the travel ban or the administration’s rhetoric,” Greg Chen, an immigration expert with American Immigration Lawyers Association, told Roll Call[4].

The so-called “Trump Effect” has had an even more dramatic impact on Syrian refugees. That’s a very good thing. “Admissions of Syrian refugees, who are considered by the international community to be especially at risk, have particularly dwindled. Of the 6,225 Syrian refugees to arrive in the U.S. since Oct. 1, only 1,341 have come during Trump’s presidency,” reported Roll Call. I have faith that President Trump will prevail when this gets in front of the Supreme Court… but it is heartening to see that even without the ban, his efforts are working. 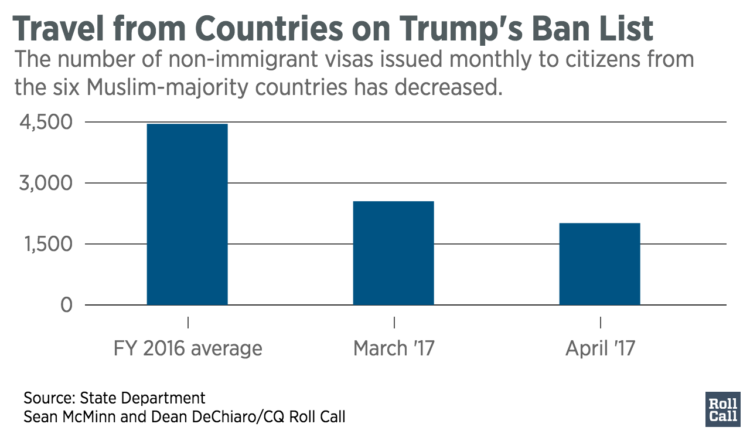 People, the lawyers and the courts can call it whatever they want, but I am calling it what we need and what it is, a TRAVEL BAN!