I’ve been watching the Washington Post[1] and other media outlets over the last couple of weeks and they are beside themselves because President Trump wants to cut the size of government. I’m thrilled that he wants to do that. In fact, Trump just told Fox News that he doesn’t intend to fill 600 vacant appointed positions… because, get this… we don’t need them. Bingo! According to the Center for Presidential Transition, there are over 4,000 roles for political appointees throughout government. Sounds to me as if a whole lot of those could be eliminated saving us a lot of money.

“Many of those jobs I don’t want to fill,” Trump said. “I say, isn’t that a good thing? That’s not a bad thing. That’s a good thing. We’re running a very good, efficient government.” That is a good thing alright. Under Barack Obama, the federal government and jobs there exploded. Trump is cutting the bureaucracy and it is long past time someone did. There are key positions in the government that we have to have to keep things running smoothly, but a great deal of our government is fluff anymore and needs to be trimmed away. 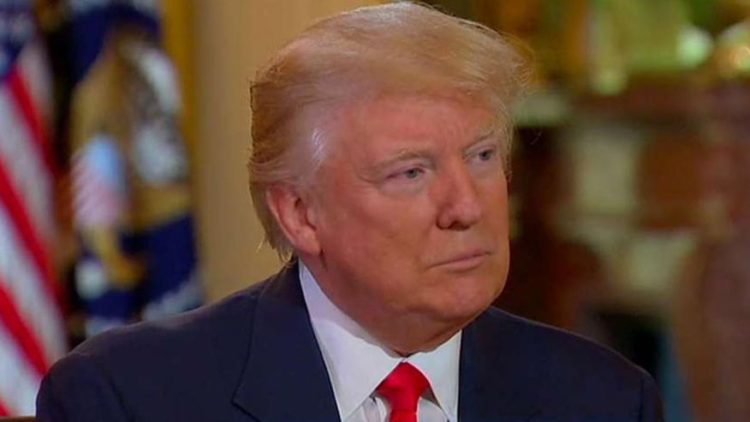 President Donald Trump has been taking heat for not filling hundreds of appointed federal government jobs, but he recently revealed the true reason why he hasn’t done so — a reason conservatives will love.

In an interview with Fox News’ [3]“Fox & Friends” that aired this week, Trump explained that his administration’s seemingly lack of political appointees has been an effort to shrink the size of the federal government.

“When I see a story about ‘Donald Trump didn’t fill hundreds and hundreds of jobs,’ it’s because, in many cases, we don’t want to fill those jobs,” he said.

When pressed on the fact that he has 600 empty positions, Trump doubled down on his reasoning behind the situation.

“A lot of those jobs, I don’t want to appoint, because they’re unnecessary to have,” the president explained. “You know, we have so many people in government, even me. I look at some of the jobs and it’s people over people over people. I say, ‘What do all these people do?’ You don’t need all those jobs.”

Trump is once again approaching this as a businessman. When I was earning my degrees, I did a project where I was an efficiency expert at a casino. It was my job to determine who should be kept and who would go. There was no emotion involved… it strictly had to do with what was the best way to keep things running smoothly. That’s what Trump is doing here and it is necessary.

President Trump has no issue with not filling unnecessary positions. A leaner government is a far more workable one. Some positions – such as cabinet secretaries, ambassadors and independent agency heads – require Senate confirmation. Many, however, do not. Our government is meant to produce results and take care of America’s needs… not to become an entity in itself, which it did under Obama. What Trump is doing may be unheard of, but it certainly has conservatives cheering.