Controversial news personality Tomi Lahren received a call from President Donald Trump who wanted to thank her for her “fair” news coverage of him. While most mainstream media outlets are quick to insult Trump and make the biggest mountain out of the smallest molehill, it’s rare to find someone who actually reports what is going on.

While many find her sassy brand of conservatism off-putting, the President spoke to her for “a solid 10-15 minutes” after she defended him on an episode of Hannity. 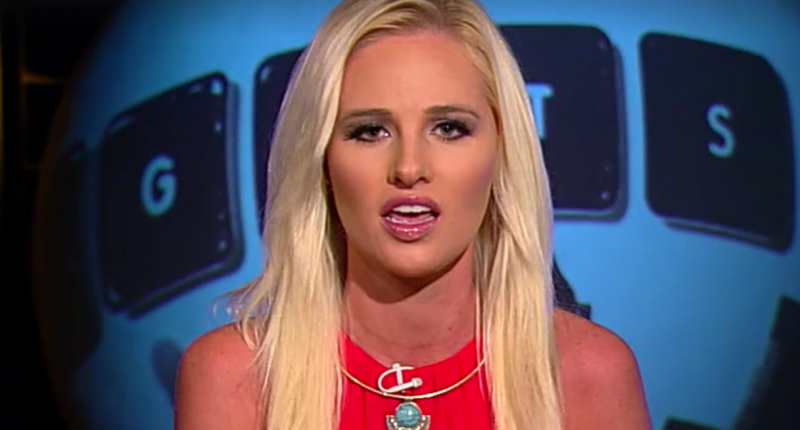 President Donald Trump is known to watch his fair share of cable news. Therefore, It should come as no surprise that conservative firebrand Tomi Lahren was personally thanked after she defended him on a Feb. 7 episode of Hannity.

Lahren, known for her bleach blonde hair and fiery personality, explained to Sean Hannity on his show why she voted for Trump during the presidential election.

According to the Washingtonian[3], Lahren received a call from Trump later that night in which he thanked her for “fair coverage” of him. She said they spoke for “a solid 10 to 15 minutes.”

“I did a lot of work during the campaign that went viral,” she said.

The 24-year-old explained during Hannity’s Feb 7. program that she wasn’t originally a fan of Trump. She only decided to support him during the general election season.

“I didn’t [support him] from the outset. But the more I got involved with some of the campaign events, the more I heard President Trump speak, I got on board,” Lahren said at the time.

“Because mostly, because I saw so many average, everyday Americans in law enforcement, the blue-collar Americans, I saw them gravitating towards him. And I thought, this man is doing something amazing,” she continued.[5]

It’s good to know that there are still people out there who are actually willing to fairly cover the news and the President specifically. The 24/7 bash-fest was cute for a while, but it’s beginning to sound like a toddler’s temper tantrum.