WHOA, WHOA, WHOA! Now Mexico is CRYING to the U.N. About Trump, Asking For…

Donald Trump campaigned on a promise to get tough on illegal immigration and so far, he has upheld that promise. He instituted a travel ban from seven Muslim countries, barred refugees from entering the country and has begun a crackdown on illegal immigrants currently in the country. One person especially angry about this? Mexican president Enrique Peña Nieto, who has now started complaining to the United Nations about it[1]. 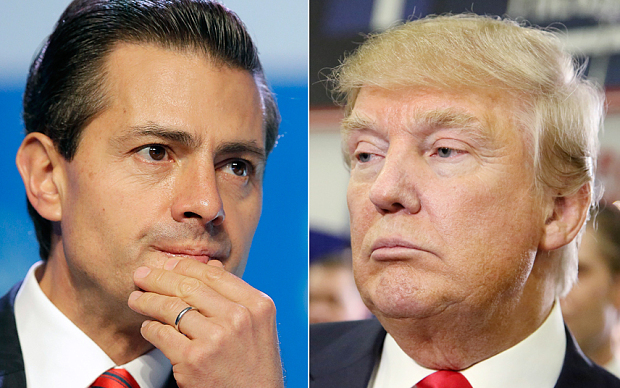 Mexican Foreign Minister Luis Videgaray said that Trump’s immigration plans were an imposition on Mexico and he threatened to go to the UN “to defend the rights of its migrants.”

He also said on Wednesday that Mexico would not accept mass deportations of illegal immigrants back into Mexico, nor would they accept non-Mexicans being deported into Mexico. This hits at a key part of Trump’s immigration plan, which includes deporting illegal immigrants back into the country from which they arrived and not their country of origin. This means that all Central Americans who immigrated illegally into the United States would be dumped into Mexico.

It’s not clear if there is anything to be gained by complaining to the United Nations, but the Mexican government is apparently not going to take this lying down. And while they certainly are right to feel angry about non-Mexican citizens being dumped into their country, they possibly should have considered that before they allowed them to cross through Mexico in order to enter the United States.

Whose side are you on?