When you have people who emanate hatred and ignorance, it’s bound to attract people of a similar mindset. That’s why it’s not surprising to find some questionable and even blatantly evil characters.

Unfortunately, this brought infamous cockroach Casey Anthony out of the woodwork. I guess she hasn’t really had much time to party since the trial. Poor baby. 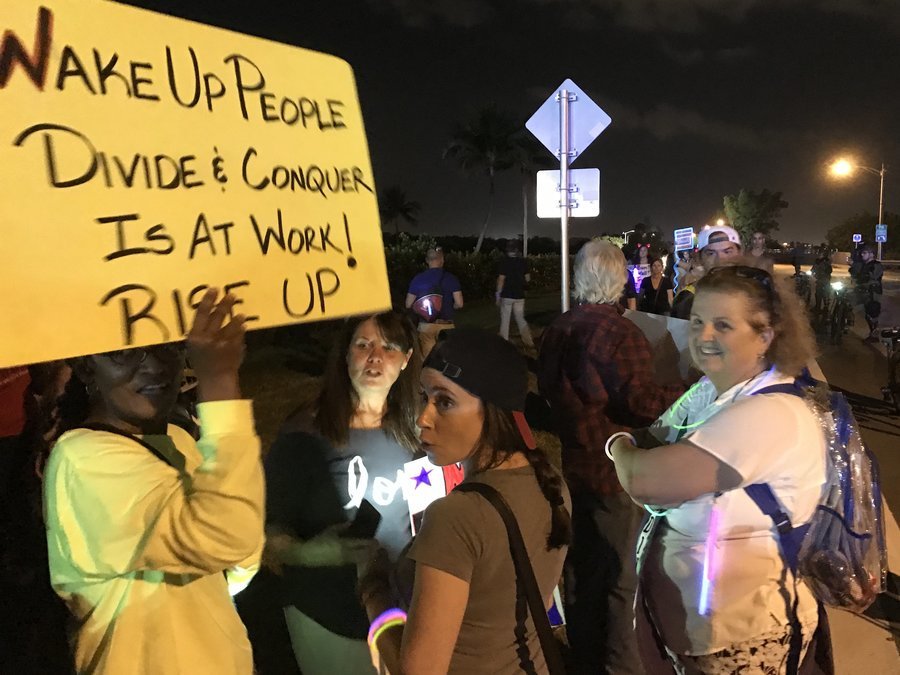 From the Independent Journal Review[2]:

Even before his Inauguration, protesters seemed to follow President Trump wherever he chose to go — and his first real weekend as commander-in-chief was no exception.

On Saturday, thousands of Florida protesters descended on Trump’s Mar-a-Lago estate[3], where the president was attending a Red Cross charity ball.

As WPTV reports[4], there was one particularly familiar face spotted in the crowds: Casey Anthony.

Anthony — who is reportedly[5] “rarely seen in public” these days — had joined the roughly 3,000 other demonstrators that had marched to the gates of Mar-a-Lago to protest the Trump administration.

Anthony became a controversial figure back in 2011, when she was accused[6] of first-degree murder in the death of her 2-year-old daughter, Caylee.

The highly-publicized case — including a number of bizarre accusations[7] that followed it — would turn Anthony into “one of the most hated women in America,” as a Department of Corrections spokesperson put[8] it.

Though she was ultimately acquitted of murder, Anthony would spend[9] a total of about three years in jail for charges of providing false information to law enforcement authorities.

She’s not doing the anti-Trump movement any favors. Maybe she could just hate him from the privacy of her own home?