During the presidential campaign, Donald Trump vowed that he would eradicate ISIS once and for all. And so far, he’s dealt some pretty major damage, dropping the largest non-nuclear weapon in our military arsenal, the MOAB, on them in Afghanistan. For most Americans, bombing ISIS is a good thing. For one liberal, they’d rather have it the other way around[1]. 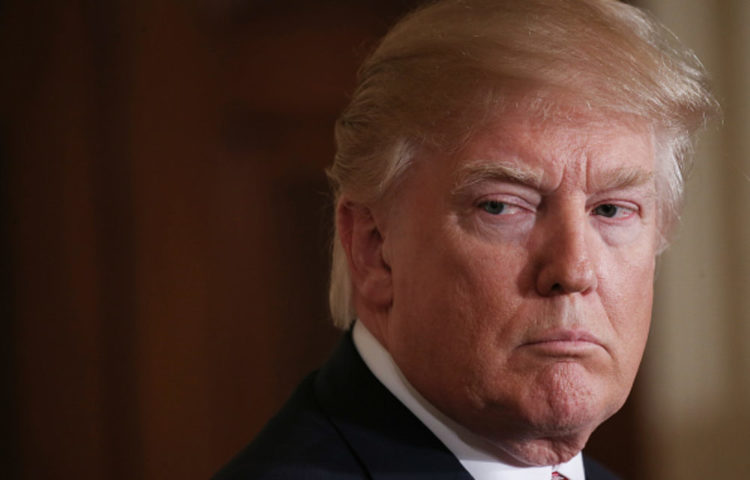 Malcom Nance is an ex-intelligence official who has worked in both Iraq and Afghanistan. He also frequently appears on MSNBC. When news broke this weekend that Turkish President Recep Tayyip Erdoğan won his election, Nance really put himself in some major hot water.

Nance responded to a tweet from Dustin Giebel, who was upset that Trump called Erdoğan to congratulate him on his win. “Trump Tower Instanbul,” Giebel’s tweet read. “After seeing Trump’s congrats to Erdoğan for winning his RIGGED election I’m worried our FP is directed by property.”

And that’s when Nance jumped in. 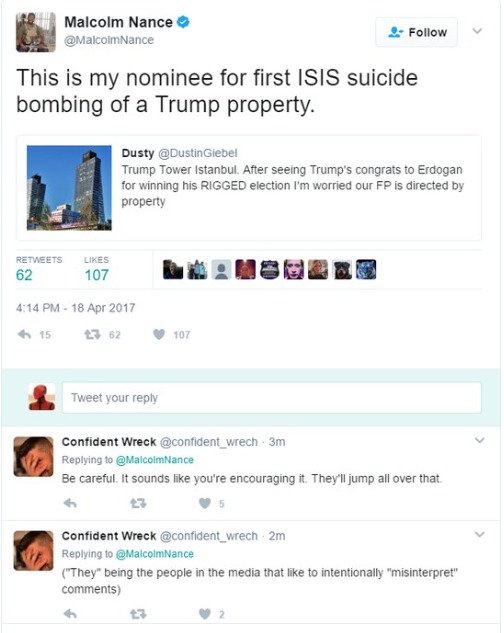 Nance deleted the tweet, but it was too late — it had already gone viral. He didn’t bother offering an apology, though. Of course, this isn’t the first time Nance has said inflammatory things about Donald Trump and ISIS. Last year, he called Trump “the ISIS candidate,” saying, “He inflames the passions of people in the West to perform Islamophobia, to draw recruits to them, to make them say, ‘This is what America is’.”

He also called Trump a threat to American democracy during one of his appearances on MSNBC:

“I mean we have got a very serious problem here. This man may be in a position where he will start causing true harm to American democracy,” he claimed.

When it came to actual terrorist attacks, committed by people who had pledged allegiance to ISIS, Nance then looked the other way. He called the San Bernardino shooting “a hybrid act of terrorism/workplace violence” and claimed that Omar Mateen, the Jihadi responsible for the Pulse nightclub shooting, was motivated by a “psycho sexual problem” — and not ISIS, to whom Mateen had pledged his allegiance.

What do you think should happen to Nance?