A bombshell report[1] was dropped that pretty much vindicates President Trump and House Intelligence Committee Chairman Devin Nunes, R-CA on the surveillance issue. I think we may be about to have a scandal blown wide open that will be bigger than Watergate. I’m hearing that the surveillance evidence is even bigger and more widespread than at first thought. Fox News has multiple sources backing this up. They are saying that an intelligence official, who is very high up and not with the FBI, is the one guilty of unmasking President Trump’s associates. And it was purely political… not for national security.

The Right Scoop[2] put together an excellent summary of the report:

1. The surveillance that led to the unmasking started way BEFORE Trump was the GOP nominee

2. The person who did the unmasking is very high up in the intelligence world and is not in the FBI

3. The people reported by the NY Times were not Nunes sources. They only helped him navigate the intelligence

4. Nunes was told about the unmasking of Trump’s team back in January BEFORE Trump’s tweet about Obama’s spying.

5. It took a while to coordinate Nunes seeing the intelligence reports in order to protect his source. They chose the White House because it was the only other location they could view the reporting without outing the source.

6. None of this has anything to do with Russia. 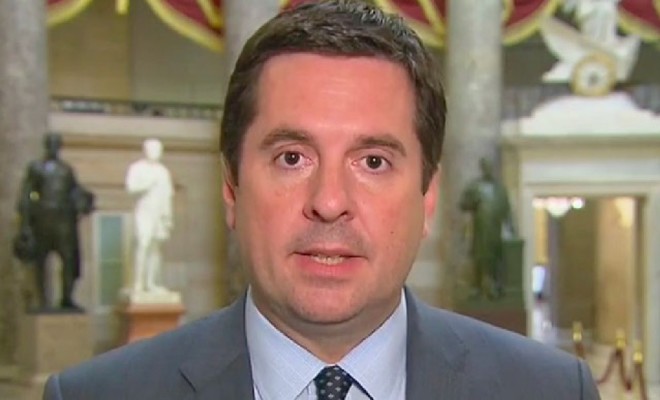 The U.S. intelligence official who “unmasked,” or exposed, the names of multiple private citizens affiliated with the Trump team is someone “very well known, very high up, very senior in the intelligence world,” a source told Fox News on Friday.

Intelligence and House sources with direct knowledge of the disclosure of classified names told Fox News that House Intelligence Committee Chairman Devin Nunes, R-Calif., now knows who is responsible — and that person is not in the FBI.

For a private citizen to be “unmasked,” or named, in an intelligence report is extremely rare. Typically, the American is a suspect in a crime, is in danger or has to be named to explain the context of the report.

“The main issue in this case, is not only the unmasking of these names of private citizens, but the spreading of these names for political purposes that have nothing to do with national security or an investigation into Russia’s interference in the U.S. election,” a congressional source close to the investigation told Fox News.

The left has non-stop tried to smear Nunes over this surveillance drama. But their campaign to make him look bad is backfiring on them big time. It looks like Obama is going to have a lot of explaining to do. They were spying on Trump and his team as much as possible and then leaking it all over the place. It was a political hit job that was well planned. Trump really needs to get anyone in the executive branch that has even the vaguest connection to Obama out of there and fast.

Nunes has been very calm and collected during all this… he refuses to be ruffled or silenced by the left. He’s determined to do his job and expose the truth, no matter what it entails. He’s obviously not a stooge for Trump and has handled this whole thing in a professional manner. When Nunes gets his findings into committee, this whole thing could go nuclear. I guess we’ll see. This makes the media and the left look very, very bad. Which I’m great with.

Our sources: This surveillance that led to the unmasking of private names of American citizens started before Trump was the GOP nominee.

Our sources:The person who did the unmasking is "very well known, very high up, very senior, in the intelligence world & is not in the FBI

Our sources: Unmasking the names and then spreading the names was for political purposes that have nothing to do with national security

Our sources: "It had everything to do with hurting and embarrassing Trump and his team"