YES! President Trump Pulls The US Out Of The Trans-Pacific Partnership

The press in Asia have released coverage that newly-inaugurated President Donald Trump[1] has moved swiftly to put his policy of “America First” into play by withdrawing from the Trans-Pacific Partnership. 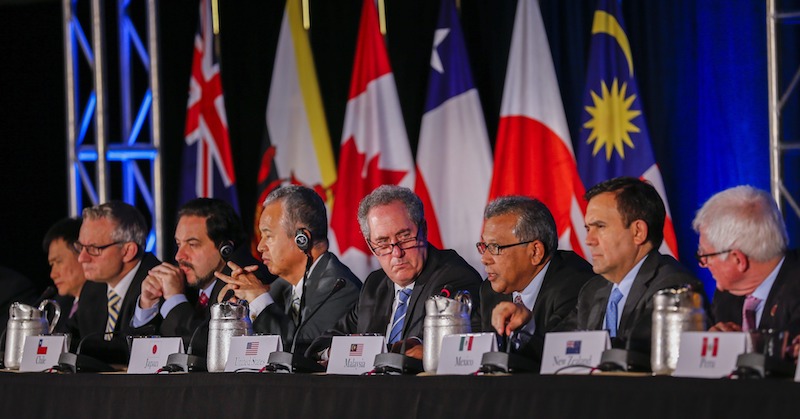 This huge move to pull out of Barack Obama’s signature trade program, puts Trump on par with conservatives and pronounced a speedy and earthshaking shift away from globalism.

Trump had made the campaign promise to withdraw from the TPP many times in his various speeches. In his bold inauguration address, Trump said that the era of America being put-upon by foreign countries through one-sided trade deals was over, as well as the world’s free ride with the United States.

In his address, Trump said “For many decades, we’ve enriched foreign industry at the expense of American industry; subsidized the armies of other countries, while allowing for the very sad depletion of our military. One by one, the factories shuttered and left our shores, with not even a thought about the millions and millions of American workers that were left behind.”

Just as Krauthammer predicted, the capitols around the world are in complete shock. The leaders of Japan and Great Britain will meet with President Trump in the near future with Japan being particularly nervous about America’s new attitude.

While Prime Minister Shinzo Abe Saturday repeated the importance of US-Japan ties, Masahiko Komura, vice-president of Japan’s ruling Liberal Democratic Party, was quoted in local media saying: “If each country begins focusing only on itself, the economic state of the world – including the US – will be disastrous.”

Trump has continually said that he was indeed a free trade guy, so long as it was fair trade. Deals that send companies and jobs offshore were an issue to Trump and was not in the nation’s best interest.

China also had some choice words for Trump, “cooperation also demands reciprocal flexibility instead of a beggar-thy-neighbor mentality.”