Milwaukee Sheriff David Clarke won the hearts of Americans through his outspoken conservatism and straight talk on issues plaguing the country today. It seemed likely that Clarke would be offered a position in the Trump administration and according to Clarke, that day has finally come[1]. 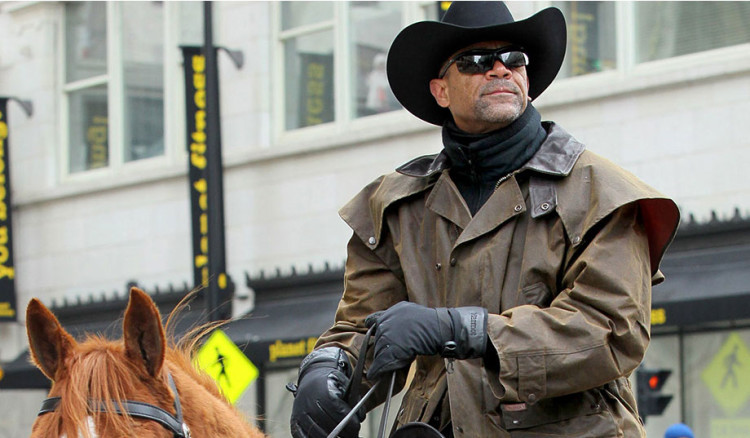 Clarke appeared on Vicki McKenna’s radio show on Wednesday, where he said that he has been offered — and accepted — a deputy secretary position at the Department of Homeland Security. “This is a huge undertaking,” he said. “I’m almost overwhelmed just with the thought of it, but at the same time, I never shy away from a challenge. You know I said from the beginning after President Trump was elected, if asked to serve, I would, and it’s just time to move on to my next chapter in law enforcement.”

Confirmed in an exclusive interview on my show, @SheriffClarke[3] will leave his position as Milwaukee County Sheriff for a position at DHS.

Clarke, who said that he was “humbled and honored” to take the position, will supposedly be leaving his position as sheriff of Milwaukee in June. The Department of Homeland Security, however, is contradicting Clarke’s claims.

In a statement to “The Blaze,” a spokesman said “The position mentioned is a Secretarial appointment. Such senior positions are announced by the Department when made official by the Secretary.” Jim Acosta of CNN likewise said that Clarke’s position could not be verified.

DHS on Sheriff Clarke hiring: "No such announcement with regard to the Office of Public Engagement has been made."

If the job does, in fact, pan out, Clarke will be working in the Department of Homeland Security Office of Partnership and Engagement. It’s a position that does not require Senate approval.

Since stepping into the conservative spotlight, Sheriff Clarke has been a frequent guest on Fox News, where he often talks about law enforcement and race, and he’s also been a vocal defender of Donald Trump’s. Not everyone supports Clarke’s new persona, though — he’s begun getting criticism for focusing more on cultivating fame than doing his job as sheriff. Controversy has also been raised after inmates died at the Milwaukee County Jail, including a notorious case where a mentally ill man had the water shut off to his cell and dehydrated to death over a period of several days.

“He clearly has just kind of moved on to this national stature,” conservative radio host Charlie Sykes said. “There are a lot of jobs you don’t have to show up for, but [sheriff] is one where you do.”

Do you support Sheriff Clarke?