And the devolution of California[1] just keeps on unfolding. Now, a Democrat there wants to create Safe Zones for crack and heroine use. The reasoning is that it would cut down on overdoses. So, they want to create a state sanctioned facility to oversee depravity, so it can be conducted in a safe manner. Wouldn’t want drug addicts to accidentally off themselves, now would we? This is insane. Using drugs is a choice. People know that when they do it… that addiction, crime, illness and death are part of the package. I guess I’m heartless because I view overdose deaths as nature’s way of thinning the herd. It’s not just California either. Washington and New York want to do this as well. What do they all have in common? Progressives. 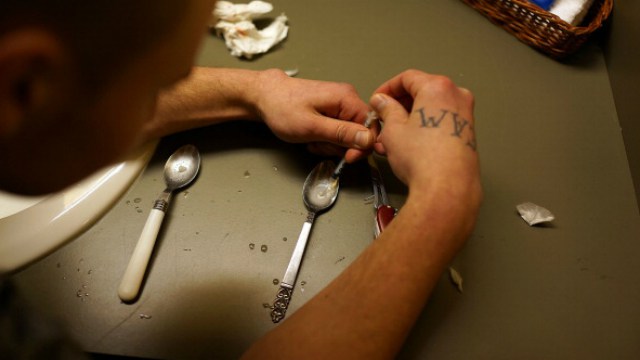 A lawmaker wants to allow California addicts to use heroin, crack and other drugs at supervised facilities to cut down on overdoses, joining several U.S. cities considering establishing the nation’s first legal drug-injection sites.

The proposal introduced Tuesday comes as San Francisco, Seattle, New York City and Ithaca, New York, weigh ordinances to set up the facilities, citing the success of a site operating in Canada since 2003.

But law enforcement has opposed the move in California, saying it will worsen addiction. And lawmakers seemed reluctant to support it, postponing a committee vote.

Though federal authorities have taken a hands-off approach to states’ legalization of marijuana, it’s not clear how they would respond to facilities permitting users to shoot up hard drugs.

The bill from Democratic Assemblywoman Susan Talamantes Eggman would make it legal for local and state health departments to allow the use of controlled substances in clinics that would offer medical intervention.

Supporters say the facilities would reduce deaths and transmissions of HIV and hepatitis C.

We’ve spent billions, maybe trillions, on drug use prevention. Now, they want to spend billions more on making drug use safe for addicts. Doesn’t anyone see something wrong with this? I do. Drug addiction also creates mental illness. Who is going to pay for all this? For the syringes and drugs… for the oversight and healthcare? We will. These Marxists will try and institute that we have to keep druggies alive – it’s the humane thing to do and you have to pay your fair share. California and other Progressive states have become immoral pits of despair. This lawmaker is either a clueless idiot or a stone cold Marxist or both. What a moronic premise.