The Hot New Way to Get High in Europe? Snorting Lines of CHOCOLATE

When you think of doing something to party and get high, you probably think of drinking alcohol or doing drugs, like cocaine or marijuana. But you’d be wrong, because the latest craze in Europe is apparently snorting chocolate. 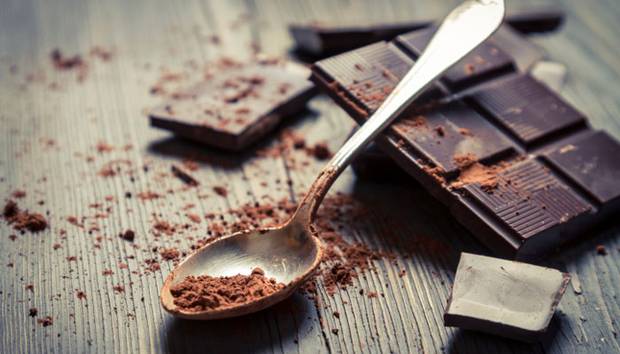 A new craze of snorting lines of cocoa is sweeping through Europe’s clubs, with dedicated events now offering it in place of alcohol and drugs like cocaine and ecstasy.

At one monthly party in Berlin, ravers keep dancing until dawn just from the buzz of raw chocolate taken in drink, pill or powdered form.

It adds: ‘We do not serve alcohol, but this does not make us ‘anti’ anything.

It first provides a rush of endorphins into your bloodstream which can fuel feelings of euphoria, especially when coupled with dance music.

The chocolate also contains high amounts of magnesium which relaxes your muscles.

A recent study by London’s Kingston University on cyclists also found that chocolate can make you go faster and further.

It is thought that epicatechin, a plant chemical particularly abundant in dark chocolate, gives the body a boost by widening the blood vessels.

… Its use in clubs appears to be booming to such an extent a chef has invented a £35 device so you can conveniently snort the powder on the go.

Belgian chocolatier Dominique Persoone made the device for a Rolling Stones party in 2007.

But the concept has taken off and been used by culinary innovators such as Heston Blumenthal at his restaurant The Fat Duck.

Diners are given a special mix of Dominican Republic or Peruvian cocoa powder mixed with raspberry, ginger and mint to snort.

But this practise has now migrated from the dinner table to the dance floor as clubbers increasingly seek out healthy and legal ways of escaping from the rigours of life.

Lucid organiser Ruby May says she mixes 18lbs of cocoa for the night with honey, agave syrup and cinnamon to give users an even more aromatic experience.

She told OZY: ‘It’s like a smooth, sensual hug in a cup.’

This seems like such a bad idea — it may be better than cocaine, sure. But snorting anything up your nose over and over again is going to do damage, so people should probably stick to just eating chocolate the old-fashioned way.