Ebola is dangerous for three reasons.

1) It kills a significant percentage of people who catch it.

2) It has a long incubation period; so people who catch it have time to unknowingly come in contact with and infect a lot of other people.

3) It’s extremely infectious. How infectious you may ask? This infectious[1]. 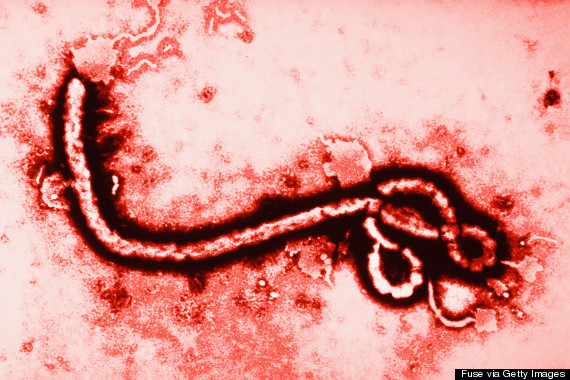 A Texas health care worker tested positive for Ebola, the first known case of the disease being contracted or transmitted in the U.S., even though she wore full protective gear while caring for a hospitalized patient who later died from the virus, health officials said Sunday.

Dr. Tom Frieden, head of the Centers for Disease Control and Prevention, said the diagnosis shows there was a breach of safety protocol, though it was not clear exactly what went wrong. All those who treated Thomas Eric Duncan are now considered potentially exposed.

The worker wore a gown, gloves, mask and shield while she cared for Duncan during his second visit to Texas Health Presbyterian Hospital, said Dr. Daniel Varga of Texas Health Resources, which runs the hospital. Frieden said the worker has not been able to identify a specific breach of protocol that might have led to her being infected.

Duncan, who arrived in the U.S. from Liberia to visit family on Sept. 20, first sought medical care for fever and abdominal pain on Sept. 25. He told a nurse he had traveled from Africa, but he was sent home. He returned Sept. 28 and was placed in isolation because of suspected Ebola. He died Wednesday.

So, she got Ebola even though she was dressed in a protective suit.

Know who’s not dressed in a protective suit? The rest of us.

……Which is why we should ignore political correctness and ban residents of nations where Ebola is running wild from entering our country. That may not be enough in and of itself to halt an outbreak, but it’s a common sense first step that would make a major outbreak in the United States much less likely.