No matter what the Constitution, Congress or the American people say, liberals will NEVER give up on the idea of gun control. They are determined to disarm the American people by hook or crook and anything that makes guns less available to law abiding Americans, they’re going to support. 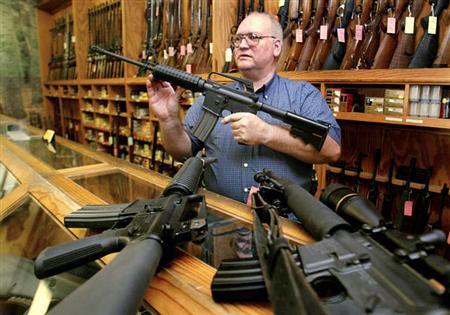 That brings us to General Electric.

It’s been suckling at the government’s teat since Obama came into office. GE received a 139 billion deal in 2009, it paid no corporate taxes on 5 billion dollars in profit in 2011 and it got special tax credits in the fiscal cliff deal. GE’s Jeffrey Imelt is even head of Obama’s disastrous Council on Jobs and Competitiveness.

Few corporations in America have benefited more from Obama’s presidency than General Electric.

Well now, GE is repaying the favor. GE Capital is informing gun shop owners that it will no longer give them loans. GE will be turning away new customers and refusing to continue doing business with its existing customers. How much this will ultimately hurt gun shop owners is unknown, but it certainly doesn’t help them.

General Electric is a private corporation and it can do what it wants to do, but it’s very troubling to see corporations that are looting taxpayers for billions doing the bidding of the government in return. It raises obvious questions about the possibility of a tit-for-tat arrangement where your tax dollars are being given to a company in exchange for policy changes that the politicians in charge favor. Of course, there’s no way to prove that’s what happened without a congressional investigation, but that sort of rank cronyism seems entirely possible given the sleazy dealings the Obama Administration has been engaged in with its union allies and Solyndra. Whether it is corrupt or not, it CERTAINLY LOOKS CORRUPT and Americans are right to be suspicious about it.