Canadians are Richer Than Americans…eh 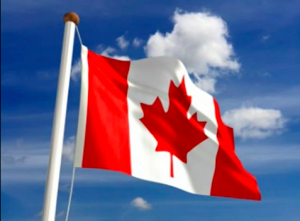 For the first time, Canadians are richer than Americans. According to Meg Handley of U.S. News and World Report[2]:

If you’re thinking the Canadian advantage must be due to exchange rates, think again. The Canadian: dollar: has actually caught up to the U.S. dollar in recent years.

“These are not 60-cent dollars, but Canadian dollars more or less at par with the U.S. greenback,”: Globe and Mail‘s Michael Adams writes.

To add insult to injury, not only are Canadians comparatively better-off than Americans, they’re also more likely to be employed. The unemployment rate is 7.2 percent–and dropping–in Canada, while the U.S. is stuck with a stubbornly high rate of 8.2 percent.

Besides a strengthening currency and a better labor market, experts credit the particularly savage fallout from the financial crisis on the U.S. economy and housing market, which torpedoed home values and gutted: household: wealth. According to the report, real estate held by Canadians is worth more than $140,000 more on average and they have almost four times as much equity in their real estate investments.

The answer was a “ruthless” form of socialism, which is an economic model I personally detest. : Stephen Marche of Bloomberg View stated:[3]

Since the 1990s, Canada has pursued a hardheaded (even ruthless), fiscally conservative form of socialism. Its originator was: Paul Martin[4], who was finance minister for most of the ’90s, and served a stint as prime minister from 2003 to 2006. Alone among finance ministers in the Group of Eight nations, he “resisted the siren call of deregulation,” in: his words, and insisted that the banks tighten their loan-loss and reserve requirements. He also made a courageous decision not to allow Canadian banks to merge, even though their chief executives claimed they would never be globally competitive unless they did. The stability of Canadian banks and the concomitant stability in the housing market provide the clearest explanation for why Canadians are richer than Americans today.

I would be pressed to ask Mr. Marche if such a form of socialism exists. : I’m sorry, but “fiscally conservative socialism” is as oxymoronic as thunderous silence. : Being fiscally conservative is not in the blood of socialists. : Hence, the increasing economic volatility of Europe and the ever growing debt that’s enveloping our own nation. : What works for Canada, may not be good for America. : Let’s just leave it at that.