China may step up push for alternative currency… 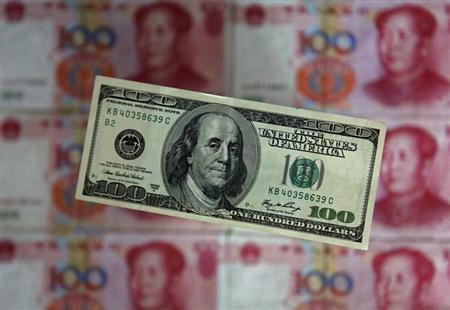 The fall of the US dollar as the world’s reserve currency is rapidly approaching[2]. It heralds a financial collapse that will rock our nation. Obama has all but ensured that this will occur in the near future. He planned for it and it is what he wants. America will fall to her knees and no longer lead the world. The world’s shining light will succumb to the darkness brought forth by Marxists, communists and radical Islamists with Russia and China leading the foray. There is plenty of blame to go around on both sides of the aisle.

The damage is done and a door has been opened for China to ascend economically and militarily. They sense our weakness and the rift within American politics and the communists intend to take full advantage. From Yahoo! News[3]:

“We’re glad a deal has been struck,” said a Japanese policymaker, who spoke on condition of anonymity. “But the uncertainty will remain and it will be the same thing all over again early next year.”

He and other Japanese officials say they have already developed contingency plans that include flooding Japan’s banking system with cash to keep markets functioning however panicked investors become. And analysts say China, whose Communist leaders are due to hold a key policy meeting next month, may step up a push for global acceptance of its currency, the yuan or renminbi, as an alternative to the U.S. dollar in international trade.

“They might actually consider accelerating the process,” said Vincent Chan, head of equity research at Credit Suisse in Hong Kong. “You strengthen the case of making the renminbi a genuine international currency, because the Americans are unreliable.”

As China moves forward to de-Americanize the world, their tactical skills at warfare on and off the global chessboard are becoming very clear. By gutting our military and destroying our economy, the Progressives are following an agenda that solidifies their wealth and power and gives a long-promised gift to the communists – global dominance and subservience from America. For years we have willingly and knowingly let their spies infest our government agencies and we have handed over technology and military secrets as a father tenders the dowry of a promised bride-to-be.

From our friends at The Economic Collapse blog comes nine alarming signs that China is making their move[4]:

#1 Chinese credit rating agency Dagong has downgraded U.S. debt[5] from A to A- and has indicated that further downgrades are possible.

#2 China has just entered into a very large currency swap agreement with the eurozone that is considered a huge step toward establishing the yuan as a major world currency. This agreement will result in a lot less U.S. dollars[6] being used in trade between China and Europe…

The swap deal will allow more trade and investment between the regions to be conducted in euros and yuan, without having to convert into another currency such as the U.S. dollar first, said Kathleen Brooks, a research director at FOREX.com.

“It’s a way of promoting European and Chinese trade, but not doing it with the U.S. dollar,” said Brooks. “It’s a bit like cutting out the middleman, all of a sudden there’s potentially no U.S. dollar risk.”

#3 Back in June, China signed a major currency swap agreement with the United Kingdom[7]. This was another very important step toward internationalizing the yuan.

#4 China currently owns about 1.3 trillion dollars of U.S. debt, and this enormous exposure to U.S. debt is starting to become a major political issue[8] within China.

#5 Mei Xinyu, Commerce Minister adviser to the Chinese government, warned this week[9] that if the U.S. government ever does default that China may decide to completely stop buying U.S. Treasury bonds.

#6 According to Yahoo News[10], China has already been looking for ways to diversify away from the U.S. dollar…

There have been media reports this week that China’s State Administration of Foreign Exchange, the body that handles the country’s $3.66 trillion of foreign exchange reserve, is looking to diversify into real estate investments in Europe.

#7 Xinhua, the official news agency of China, called for a “de-Americanized world[11]” this week, and also made the following statement about the political turmoil in Washington: “The cyclical stagnation in Washington for a viable bipartisan solution over a federal budget and an approval for raising debt ceiling has again left many nations’ tremendous dollar assets in jeopardy and the international community highly agonized.”

#8 Xinhua also said the following about the U.S. debt deal on Thursday[12]: “[P]oliticians in Washington have done nothing substantial but postponing once again the final bankruptcy of global confidence in the U.S. financial system”. The commentary in the government-run publication also declared that the debt deal “was no more than prolonging the fuse of the U.S. debt bomb one inch longer.”

#9 China is the largest producer of gold in the world, and it has also been importing an absolutely massive amount of gold[13] from other nations. But instead of slowing down, the Chinese appear to be accelerating their gold buying. In fact, money manager Stephen Leeb says that his sources are telling him that China plans to buy another 5,000 tons of gold[14]. There are many that are convinced that China eventually plans to back the yuan with gold[15] and try to make it the number one alternative to the U.S. dollar.

So exactly what would happen if the Chinese announced someday that they were going to back their currency with gold and would no longer be using the U.S. dollar in international trade?

It would change the face of the global economy almost overnight. In a previous article[16], I described some of the things that we could expect to see happen…

If China does decide to back the yuan with gold and no longer use the U.S. dollar in international trade, it will have devastating effects on the U.S. economy. Demand for the U.S. dollar and U.S. debt would drop like a rock, and prices on the things that we buy every day would soar. At that point you could forget about cheap gasoline or cheap Chinese imports. Our entire way of life depends on the U.S. dollar being the primary reserve currency of the world and being able to import things very inexpensively. If the rest of the world (led by China) starts to reject the U.S. dollar, it would result in a massive tsunami of currency coming back to our shores and a very painful adjustment in our standard of living. Today, most U.S. currency is actually used outside of the United States[17]. If someday that changes and we are no longer able to export our inflation that is going to mean big trouble for us.

Our printing presses are spitting out dollars faster and faster as if there is no end, ever. Oh, but there is. And when the cataclysm comes and the economy crashes into a depression that will make the last ones look like a birthday party, the Progressives will blame the Republicans, but there will be tar and feathers for everyone on both sides of the Progressive aisle at the final party. Count on it. The Progressives will celebrate and the rest will wonder what happened. China will in the end make the final push for an alternative currency and it will happen. We will no longer be the world’s bank. China’s move is just the opening salvo to economic Armageddon. If you listen closely, you can hear hooves approaching.