Communist China has decided[1] to do away with its decades-long draconian practice of limiting couples to one child. In an about-face move, they have now declared that all couples can have two children. At first, I was surprised by this, but upon reflection, maybe not so much. The Chinese claim their population is aging and they need more people. That’s fair and may be partially true. But China has a LOT of people and as stressed as they are financially, you would think they would welcome their self-imposed population control. In fact, in one sentence they bemoan their aging populace and in the next, they talk about how they still support population control. It doesn’t quite add up. 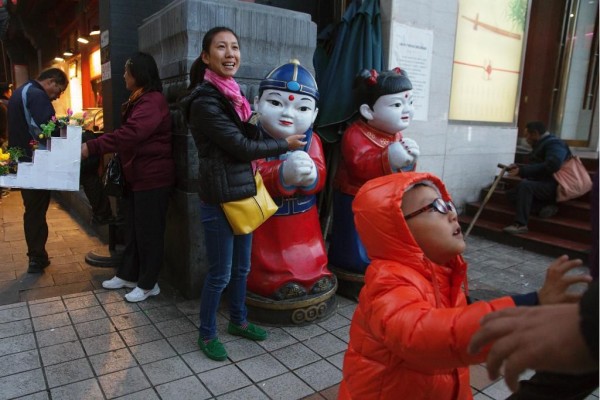 China’s ruling Communist Party announced Thursday that it will abolish the country’s decades-old one-child policy and allow all couples to have two children, removing remaining restrictions that limited many urban couples to only one, the official Xinhua News Agency said.

The move to allow all couples to have two children was “to improve the balanced development of population” and to deal with an aging population, Xinhua said on its microblog.

The widely unpopular policy was first introduced in 1979 as a temporary measure to curb a surging population and limit demands for water and other resources. It was long considered one of the party’s most onerous intrusions into family life.

But the country has been moving toward easing family planning restrictions in recent years due to a variety of factors, including a looming labor crisis. China’s working-age population is drastically shrinking, and the United Nations projects that China will lose 67 million workers from 2010 to 2030. Meanwhile, China’s elderly population is expected to rise from 110 million in 2010 to 210 million in 2030. By 2050, the seniors will account for a quarter of the population.

In addition, the policy has led to a host of social problems, including forced abortions and sterilization of women, the Wall Street Journal reports[3].

Soon after it was first implemented, rural couples were allowed two children if their first-born was a girl. In November 2013, the party announced that it would also allow couples to have two children if one of the parents is a single child, the first substantial easing of the policy in nearly three decades.

It’s unclear what effect the shift will have on families. Some demographers and economists say that a new two-child policy will do too little to change China’s economic course and comes too late to solve the looming labor shortage. People are marrying later, some not at all, and many are choosing to have fewer or no children because of the financial burden, the Wall Street Journal adds.

Rural residents have been especially reluctant to have more than one child largely because of the costs associated with maintaining a larger family.

I think there are three factors at play here. The first is an aging demographic, just as they claim. The second is the same kind of nationalism rising up that you see in Russia. Putin has also campaigned long and hard for Russians to reproduce for the Motherland. Third, I think China sees a third world war shaping up and they want replacements for those that will perish in the battles ahead. China also has a labor shortage that is hindering production for the country as a whole, so that would also play heavily into these computations. On its face, this is good news for the Chinese, but I see a darker intent here by the communists. The communist regime is not doing this out of the goodness of their red little hearts. Of that much, I am certain.