It’s not too uncommon a situation anymore, but now the Happiest Place on Earth has succumbed as well. Disney World just laid off 250 of its workers, to hire foreign replacements who would be willing to work for less. 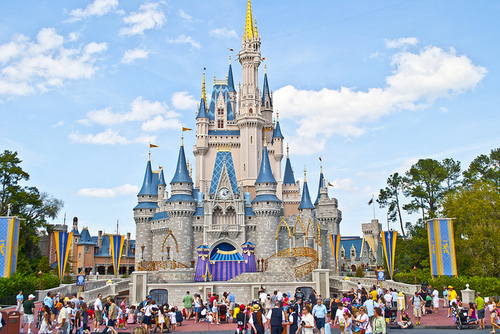 Once upon a time, there were about 250 tech workers who were running the computers in the central nervous system of Disney World operations. Then, one day, Disney laid them all off, hired immigrants brought in on visas to take their place, and required many of the former employees to train their replacements.

This isn’t your typical Disney-fairytale, but this is what The New York Times reported Thursday.

In October 2014, about 250 employees were laid off and Disney used an outsourcing firm in India to hire immigrants that would work under a temporary visa, known as H-1B, for highly skilled technical workers. Some employees’ severance checks required they continued doing their job for the next three months as they trained their replacements.

Disney executives claim that the layoffs were part of a reorganization of the company and they opened more positions than it eliminated, the Times reported.

One former worker told the Times that young immigrants from India took their place:

“The first 30 days was all capturing what I did. The next 30 days, they worked side by side with me, and the last 30 days, they took over my job completely. I had to make sure they were doing my job correctly.”

The use of these visas, and whether they complement American workers or displaces them, is currently under debate in Congress. Critics of the visas say that they are being used to bring in immigrants to do work that Americans can do, for less money.

… Disney executives told the Times that the employees who lost their jobs were given a three-month transition period, with résumé help to get another job within the company or elsewhere. About 120 of those laid off took new positions at Disney, about 40 retired or left the company before the end of the transition period, and about 90 did not find new jobs.

Another worker who spoke to the Times said that his former supervisor was unaware of his layoff and, in his annual performance review, wrote that because of his hard work, he saved the company thousands of dollars. The employee got a raise and his severance pay had to be recalculated to include it.

It’s easy to blame Disney World for this, but should we not be looking at the Obama administration and how this country severely punishes successful corporations? We can’t give corporations the most unfriendly business atmosphere in the world, and then also complain when they outsource jobs overseas or hire foreign workers for cheap. Maybe if we were more welcoming to big business, this kind of thing wouldn’t happen.