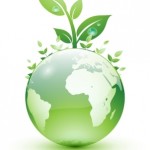 [1]A Chinese auto company having just won the auction for bankrupt A123 Systems, one of Barack Obama’s car battery darlings that received a $249 million grant from the Obama government further illustrates why the White House playing capital investor with taxpayer funds investor is a very bad idea.

When Obama took office in January 2009, five million “green” jobs were promised, yet nowhere near that number have been created. The companies Obama invests in keep failing because Americans do not want to purchase inefficient energy at inflated prices.

Furthermore, eighty percent of the green loans, loan guarantees, and grants given out by Department of Energy went to Obama campaign backers:

-SunPower, after receiving $1.5 billion from DOE, is reorganizing, cutting jobs.

-Solyndra, after receiving $535 million from DOE, filed for bankruptcy protection.

-Ener1, after receiving $118.5 million from DOE, filed for bankruptcy protection.

-Evergreen Solar, after receiving millions of dollars from the state of Massachusetts, filed for bankruptcy protection.

-Amonix, after receiving $5.9 million from DOE, filed for bankruptcy protection.

-Solar Trust for America, after receiving a $2.1-billion loan guarantee from DOE, filed for bankruptcy protection. 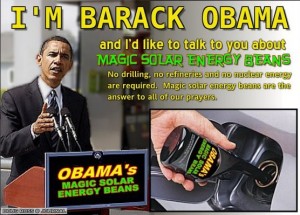 [2]“progressives” continue to promote global warming, or to use the most recent and now more popular vernacular: climate change.:  The narrative is that planet earth is experiencing a warming climate due primarily to the emission of man-made ”greenhouse gases”.:  The most often and specifically referenced gas is carbon dioxide.

According to Matt Rosenberg at Atmosphere Composition, the earth’s atmosphere is composed primarily of Nitrogen and Oxygen. Together, the two comprise about 99% of the gas in the atmosphere. Here’s a listing of the key components of the atmosphere:

In addition, water vapor is variable but typically makes up about 1-4% of the atmosphere.

“progressives” would have the world’s population believe that fluctuations in a trace element of earth’s atmosphere (0.036%) caused by 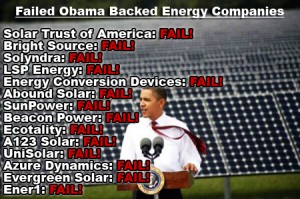 [3]the burning of fossil fuels like petroleum and coal has resulted in such catastrophic events as the melting of earth’s polar ice caps and glaciers.:  They contend this will lead to the flooding of coastal areas and the extinction of species.

A nation of over 300 million people, which currently derives less than 5 percent of its energy from “alternatives” cannot expect to put an immediate end to the use of fossil fuels.:  This could quite possibly bring the nation’s ailing economy to a grinding halt, resulting in a massive loss of business, leading to a dramatic decrease in already insufficient tax revenue and an extremely painful increase in unemployment.

Is putting an end to the use of petroleum worth the accompanying reduction in the living standards and the overall prosperity of a nation?:  Is it worth the resulting ballooning of America’s national debt and further devaluation of its currency?

“progressives” feel an ongoing, compulsive need to force America to accept their “green energy solution”. Proposals made by the current administration and fellow “progressives” indicate a desire to achieve this end at all costs come what may.:  Stiffer regulations on auto emissions and mileage, EPA regulations on energy providers, resistance to development of domestic natural resources, deficit government spending on inefficient and uncompetitive solar, wind, tide and bio-fuel technology dominate the political landscape.

America’s public and industrial infrastructure is based on the use of petroleum, natural gas and coal.:  Nearly everyone drives a vehicle that burns gasoline or diesel fuel. Public transportation relies on fossil fuels as well. Natural gas, heating oil and coal are used in furnaces to heat homes and places of business. Coal and nuclear power generate electricity, which powers countless devices; the uses of 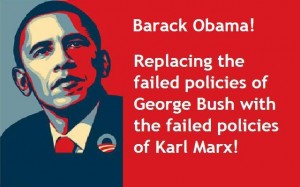 [4]which are taken for granted every day. Coal, natural gas and petroleum products power American’s industrial complex, the base of the American economic engine. America’s economy depends heavily on the existing sources of power. These methods of providing and consuming energy are all deeply ingrained into America’s business, manufacturing and home life.

At a time when millions of Americans are looking for work, the economy is starving for liquid capital, and the IRS is in desperate need of revenue why not take advantage of America’s wealth of natural resources? Why not give Americans jobs drilling for oil and natural gas or digging for coal? Why not put people to work building refineries and power plants? Why not give energy employees jobs delivering gas, coal and natural gas to consumers? How many peripheral jobs will be created in the process? For every new oil well, power plant, refinery or mine there will be new infrastructure built, followed by grocery stores, restaurants, shopping malls, housing, schools, and everything else everyday Americans need for their lives.

All generated by the only force capable of powering America’s economic recovery: the private sector.

And none of those jobs could possibly be moved overseas.