How’s That “progressive” Deal Working Out For You?

According to the Labor Department, jobless claims for unemployment benefits surged 34,000 to 386,000.:  Figures for the prior week were revised up 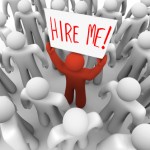 Meanwhile, factory activity fell shy of expectations held by economic experts and contracted for a third straight month.:  The new orders index is currently minus 6.9.:  A reading below zero indicates contraction.:  Two consecutive quarters of economic contraction means that after spending $878 billion taxpayer dollars on government “stimulus”, the U.S. economy will experience a double dip recession.:  Of course “progressives” will insist the reason the “stimulus” spending failed is because the government did not spend enough.

Over 1.5 million older Americans have lost their homes, while millions more are in danger of losing theirs due to the unsolved, ongoing national housing crisis.: About 3.5 million older homeowners’ mortgages are underwater.:  The “progressive” solution to problems caused by “progressive” government interference in the U.S. housing market?:  Have the government refinance underwater mortgages. : Why not?:  The U.S. debt is only $15,884,155,929,632.05 and climbing rapidly.:  America has money to burn. 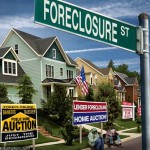 [3]Home sales dropped by 5.4% in June to an adjusted annual rate of 4.37 million homes, the fewest since October 2011.:  Despite 30-year fixed mortgage rates being the lowest since the 1950s, potential buyers are having difficulty qualifying for loans due to the weakening job market.:  Without vigorous job growth, consumers may continue delaying the purchase of new homes.:  Why is it the White House jobs panel has not met in six months?:  Perhaps having such a meeting would cut into the current Oval Office occupant’s golf, fundraising and campaign appearance time.

The outlook for consumers is not good.:  Driven by corn prices reaching near record highs due to drought in the Midwest, grocery bills will continue to rise. : Since corn and corn syrup are used in 75% of the products found in supermarkets, shoppers can plan on paying higher grocery bills.

How long will it be before for a “progressive” Senator, Representative or White House czar calls for the use of more corn in ethanol production?

Why be bothered with the population’s food supply when there is a planet to be saved from carbon gas.:  Never mind that more “greenhouse gasses” are belched by volcanoes every year than the combined amount produced by humans since civilization began.:  Besides, the people most likely t 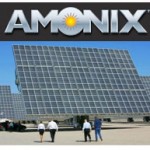 [4]o starve to death probably fit into one of the “progressive’s” genetically inferior categories anyway.

On the foreign policy front, the Muslim Brotherhood is infiltrating the U.S. government while they seize power in Egypt and Libya.:  Israel and Iran are rattling sabers over the Islamist government’s pursuit of nukes and the prospects of an Israeli military strike against Iranian nuclear facilities.

[5]ined forces to veto sanctions on Syria in a UN Security Council vote.:  Afterwards, the White House called Russian President Vladimir Putin, Syrian President Bashar al-Assad’s main international supporter, about the deteriorating Syrian situation.:  Not surprisingly, that call ended with the two of them divided over how to move forward.

This is what is known as: Not peace through strength.

Don’t worry.:  The White House saved the day by announcing that the USDA and Mexico have decided to work cooperatively in promoting American food assistance programs, including food stamps, to Mexican Americans, nationals and migrants living in America.

How is this “progressive” hope and change deal working out for you?