McDonald’s has been closing hundreds of stores[1] since last year. It seems everything they try to run with to appeal to a dwindling market is failing. It’s not all McDonald’s fault. I blame Obama and his economic policies… but the fact is that most people can no longer afford to buy as much fast food as they used to. Plus, with an aging populace, many are becoming much more health conscious. This is bad news for McDonald’s especially since they seem to be hell bent on hiring people who don’t speak English and many of their chain stores are a good place to get food poisoning. I speak from personal experience. Their sales continue to plummet and that portends even more closures[2]. 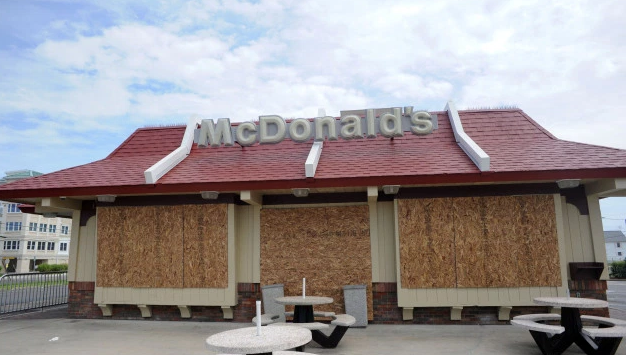 The restaurant company closed 350 stores in early 2015, on top of the 350 it had already said it would shutter, as the burger purveyor seeks to stanch sales declines.

McDonald’s MCD 0.77% shuttered 350 poorly performing stores in Japan, the United States, and China the first three months of 2015 as part of its plan to boost its sagging profits.

Those previously unannounced closings, disclosed on a conference call with Wall Street analysts on Wednesday, are on top of the 350 shutterings the world’s largest restaurant chain had already targeted for the year. While those 700 store closings this year represent a fraction of the 32,500 or so restaurants worldwide, they show how aggressive McDonald’s is getting in pruning poorly attended locations that are dragging down its results.

McDonald’s is still closing more stores than it is currently opening. Although there is a ray of light in Japan for the company as they are predicting their first year[4] of profits there in three years. Stocks for McDonald’s Corporation are soft and still sliding. Meanwhile, they are upping prices again as they have just done with their McPick menu[5]. Now, instead of getting two items — including the McDouble, the McChicken, a small fry and cheese sticks — for $2, patrons will have to plunk down $5 to take advantage of the “McPick 2” concept. Consumerist says the new, pricier meal deal includes options of the Big Mac, Quarter Pounder, Filet-O-Fish, chicken nuggets and fries. It’s yet another desperate move to up profits and cut costs. I kind of doubt it will work. Another round of mass closings is probably on the horizon.