McDonald’s franchisees say the brand is ‘facing its final days’ because….

Bah da Bah bah bah.  We have all grown up on those fantastic fries but could they all be a part of history soon?  As most of the US economy is struggling it would seem that the golden arches are not immune[1]. 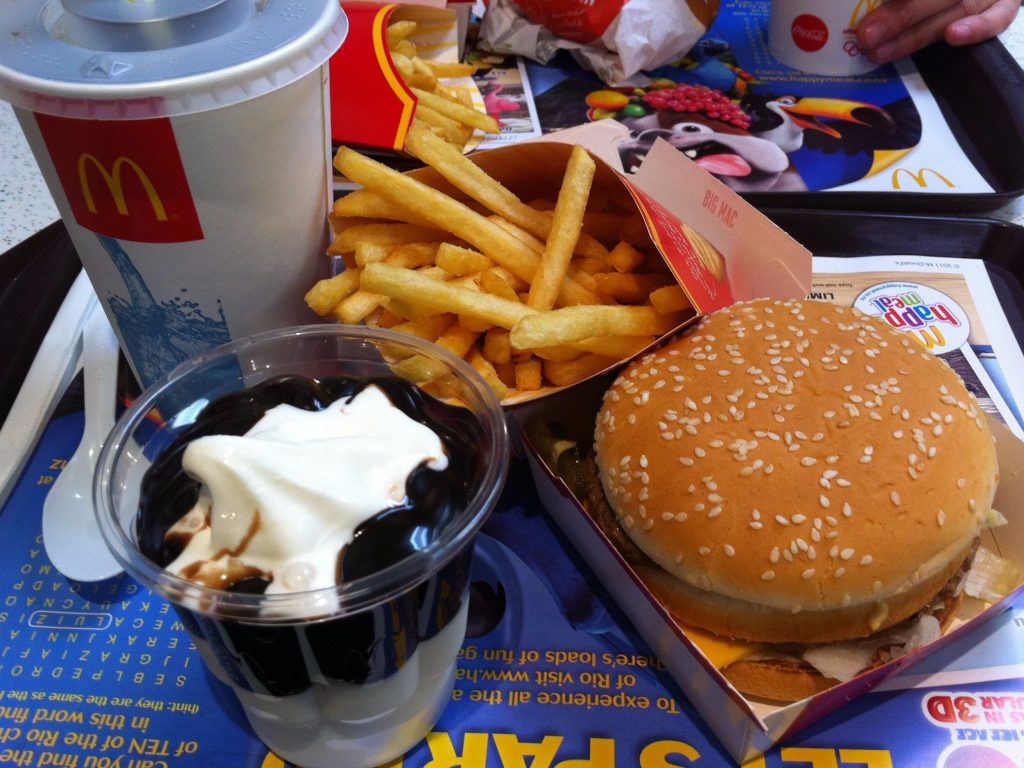 McDonald’s franchisees believe the brand is in a “deep depression” and could be facing its “final days,” according to a new survey.

“We are in the throes of a deep depression, and nothing is changing,” one franchisee wrote in response to the survey by Nomura analyst Mark Kalinowski. “Probably 30% of operators are insolvent.”

Another wrote, “The CEO is sowing the seeds of our demise. We are a quick-serve fast-food restaurant, not a fast casual like Five Guys or Chipotle. The system may be facing its final days.”

More than a dozen franchisees expressed frustration with McDonald’s management, saying CEO Steve Easterbrook’s turnaround plan — which includes initiatives like all-day breakfast and a shift to digital ordering kiosks — is a distraction from McDonald’s core issues, like food quality and customer service.

“The lack of consistent leadership from Oak Brook is frightening, we continue to jump from one failed initiative to another,” one franchisee wrote.

A second wrote, “I have been in this business since the early 1970s but have not seen us this leaderless in all my time.”

The company’s reaction to their frustration, one franchisee claimed, is for operators to “get out of the system” and quit the business.

Several franchisees complained about all-day breakfast[3] , saying it has complicated kitchen operations and goes against Easterbrook’s repeated promises to simplify the menu.

“The system is very lost at the moment,” one franchisee wrote. “Our menu boards are still bloated, and we are still trying to be too many things to too many people. …Things are broken from the franchisee perspective.”

Franchisees also criticized the “Create Your Taste” program, which allows people to customize their burgers with premium ingredients.

“They are throwing everything they can against the wall to see what will stick,” one franchisee wrote.

Kalinowski interviewed 29 US franchisees covering about 226 restaurants for the survey. McDonald’s has more than 14,000 restaurants in the US. We reached out to McDonald’s for comment and will update if we hear back.

McDonald’s is trying to revive business following seven straight quarters of same-store sales declines in the US.

In addition to adding all-day breakfast and “Create Your Taste,” McDonald’s has also made some changes to its core menu items.

The company started toasting its hamburger buns longer,[4] made its beef patties slightly larger, and changed how the patties are seared.

McDonald’s has also announced plans to remove antibiotics from its chicken.

There are at least a few franchisees who are on board with the changes.

“I think our leadership is headed in the right direction,” one wrote. “It will take time.”

Another said, “The CEO seems to be doing OK so far!”

All of this is happening and we have people wanting $15/hr to flip burgers.