People demanding that fast food restaurants pay their workers $15 dollars an hour have a complete and total lack of understanding of how the economy works. And it looks like the people complaining about the minimum wage are about to get a rude awakening. 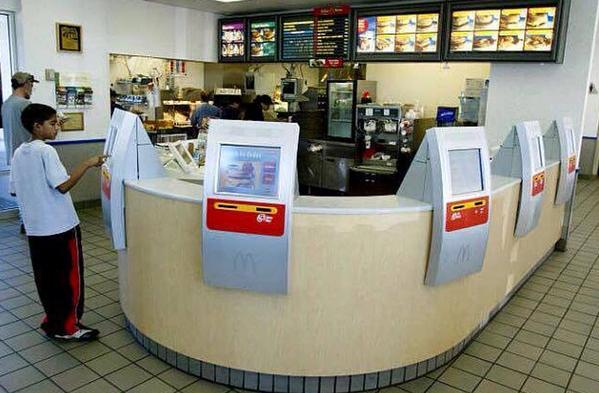 At McDonald’s, they’ve combined a computerized kiosk with a brand new menu, and it appears to be a big hit around the country.

So, what’s the reason for these changes?

Some people suspect it’s no coincidence these advances at Mickey D’s have corresponded with the protests by SEIU and other unions, along with fast food workers, demanding $15/hour pay.

As a result, cities including Los Angeles and Seattle have voted to dramatically raise their minimum wage.

… Let’s face it, technology can do the job faster, better and more efficient than someone whining about getting paid $15/hour.

Of course, this will probably be framed as the evil McDonalds screwing people out of money, but they have their own bottom line to worry about — after all, businesses exist to make money, not to give it away. If these people continue to demand ridiculous paychecks for jobs that anyone with literally no education or training could do, then this will be the result, and they’ll end up with no paycheck at all. Which situation is better?